In this week’s parshah, Pinchas is rewarded for having avenged Hashem’s vengeance and turning away Hashem’s wrath from Bnei Yisrael by killing Zimri and Kazbi. He was therefore given a bris shalom. From that point on, Pinchas and his children became kohanim.

Pinchas fulfilled the halacha of kana’im pogim bo whereby a kana’i (zealot) is granted permission to kill people performing specific aveiros. If, for example, a kana’i sees a Jewish male living with an idol-worshiping woman in public (in front of 10 Jews), he may kill them. That is why Pinchas was allowed to kill Zimri and Kazbi.

The problem with this halacha, though, is that once the kana’i kills one of the people involved in the aveirah, the aveirah has ceased. The act is over. Why then does he have permission to kill both people? Permission should only be granted to kill one of them.

To answer this question, we must examine why the kana’i is permitted to kill the woman. After all, she had not committed an aveirah since Bnei Noach are not prohibited from living with Jews. Nonetheless, the Rambam (Isurei Bi’a 12:10) writes that such a woman may be killed even after the act, and even if the act was not done in public, because she brought a takala (stumbling block i.e. aveira) to a Yisrael. The Rambam cites as his proof text the pasuk in which Hashem commands Bnei Yisrael to avenge the sin of the Midyanim and kill every woman who was of age.

Mefarshim are bothered by the Rambam’s proof text. In that pasuk Hashem commands Bnei Yisrael to kill every woman of age – even those not involved in the sin. Clearly, then, the commandment was a one-time special decree from Hashem. So how can we learn from it that it is permitted to kill a non-Jewish woman who is with a Jewish man? Additionally, why didn’t the Rambam just cite the pasuk that describes Pinchas killing Kazbi? That would serve as proof that the woman may be killed. Furthermore, the Pinchas incident actually preceded Hashem’s decree to kill the Midyanite women.

Rav Moshe Feinstein zt”l (Igros Moshe, Even Ha’ezer 1:38) writes that the Rambam could not cite the pasuk about Pinchas since that only proves that a kana’i can kill the woman during the act. It does not tell us that she can be killed after the act. For that, the Rambam needed to cite the later decree to kill all the Midyanite women. The Magid Mishnah explains that the Rambam derived from this decree that, in the future, if a woman acts intentionally she can be put to death as well.

I would opine that once a kana’i kills the woman, he in fact can no longer kill the male since the act was abruptly ended. If he kills the male first, though, he may still kill the female since she can be killed even after the act.

In Pinchas’s case, though, he miraculously killed both Zimri and Kazbi simultaneously. 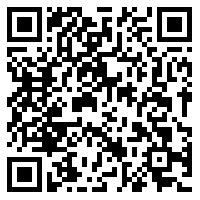