Several years ago, my husband and I went to Israel for a close friend’s wedding – another Emunah contributor – Debbie Garfinkel Diament. It was her “last” child’s wedding and I changed my previously purchased ticket that I was using to travel to my father’s yahrzeit a week later, to travel to the wedding instead (a week earlier). I went to my father’s kever a few days earlier than his yahrzeit.

I was thrilled to go to a wedding in Israel and especially such an important one, as Debbie and I have been close friends for over 50 years. At the age of 18, Debbie and I decided to embark on a summer trip to Israel for eight weeks. This was our first Israel experience. We rented an apartment in Tel Aviv and saw the whole country while traveling around on buses and trains. This was the beginning of a beautiful and special friendship.


At the airport, upon our return, she proclaimed, “I plan to live in Israel one day im yirtzeh Hashem.” Somehow, though I loved being in Israel, I didn’t feel that way at all. Her desire was fulfilled many years ago. What a bracha!

After discussing wedding arrangements, I had asked Debbie to please arrange a ride for me to the wedding, as it was distant. She said to me, “The driver will be Carol and there will be a passenger in the car named Max, by himself, and please don’t ask him if he needs a shidduch (as I’m known to do), as he is married.”

The ride came, as promised, and I was on my way. I was in the back seat while Max and Carol were in the front. Never having seen Max’s face, I asked him, “Do you have any single friends?” This was for a close friend’s daughter. We talked a little and he called his friend Jonathan. After speaking to him by phone, he said he would be interested in meeting my friend’s daughter. I had never met Max or Jonathan at that point.

Well, to make a long story short, they now have two children, b”H, and are very happy living in Jerusalem.

For this shidduch, my friend had given me some money. Whatever a person gives me for a shidduch is sufficient. When I do get money, I like buying myself a piece of jewelry, so I remember not to use it for a bill, or other expenses. I purchased a colored stone bracelet, which I treasure. Every now and then a stone falls out or it needs some repair, and the jewelry shop is very accommodating.

My husband has been at one job for 44 years and was recently forced to retire. He was looking for a part time local job to keep occupied. One day, my bracelet needed some repair, so I visited this local jewelry store. I was conversing with the store owner, and he mentioned the company my husband was employed at, since we had discussed my husband’s place of employment in the past. I told the owner that my husband was now retired. Not even mentioning that he was seeking a part-time job, the owner responded, “I would like to meet your husband.”

A short time later, my husband was employed there in the capacity that he was looking for. He is now working there for over six months, and very happy with the arrangements. To me, this is nothing short of a miracle. My husband had been at other business ventures that didn’t work out. Lo and behold, who would have thought that through my shidduch a job would emerge.

Hashem is always placing us in the right place at the right time. 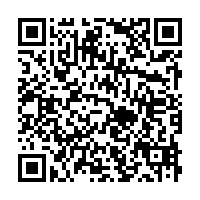