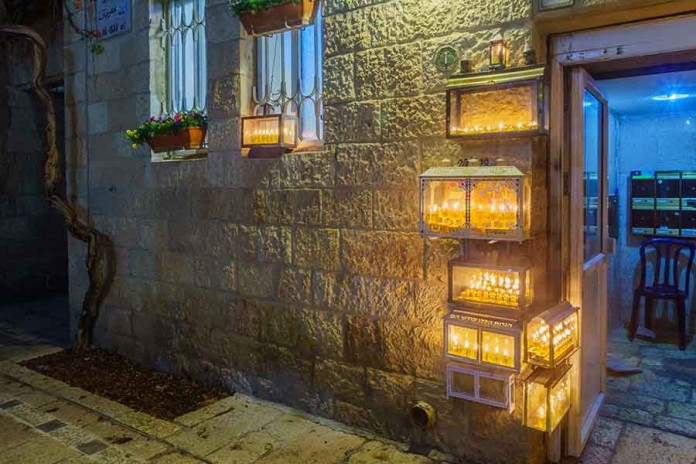 We learn (Shulchan Aruch 671) that even a pauper who relies totally on charity must borrow money or sell his clothing in order to buy oil for lighting the Chanukah menorah. This halacha, notes the Chiddushei HaRim, indicates the powerful significance of this mitzvah. The commentaries of the Talmud note that an individual who is compelled to do this will be granted special fortitude to serve Hashem, a power he cannot attain the entire year. The Talmud in Nedarim expounds that a person who is described as poor often refers to an individual whose spirituality is deficient. If such an individual follows the halacha cited above it will have a beneficial effect on his soul.

Moreover, that small act is charged with an even greater advantage. The Talmud (Shabbos 104a) states that if one comes to be purified, he is assisted from Heaven. Just as the small army of Chashmona’im sought to purify all that the Greeks had defiled, and they were miraculously victorious over the Greek nation, so too the mere effort of the pauper will merit divine intervention and he can be imbued with the capacity to attain the spiritual level of the Chashmona’im.


The Sefer Ki Atah Imadi notes that it might be thought that the commemoration of the miracle of the Chashmona’i victory, which was marked with many revealed miracles, supersedes the miracle of the oil. Our Sages tell us, in fact, that tumah hutra b’tzibbur – ritual impurity is permitted in cases involving the entire congregation, i.e. there could be a dispensation to use the oil that was impure. But the war was about the spiritual life of the Jewish nation. The Yevanim (Greeks) wanted to obliterate Torah and mitzvos, and many, in fact, were unable to withstand the threat during this bleak period in history.

We therefore commemorate the miracle with the light of the Chanukah menorah. This is to teach us that the essence of Chanukah is to light up the darkness in each person’s life. Each individual has his own challenges, and every person is at his own level of avodas Hashem. The days of Chanukah are permeated with a special power to overcome that darkness and despair, as it is said, “A little bit of light can dispel much of the darkness.” The light of the Chanukah menorah kindles the spark in the neshamah.

During the days of the Beis HaMikdash, one menorah served for all of the Jewish nation. Nowadays every home has its own menorah, some with one for every person in the household, to dispel the darkness of each individual – big or small, rich or poor, religious or not yet religious, highly intelligent or unlearned.

We say in the Al HaNissim, “They purified Your holy Temple.” How could the most sacrosanct place on earth be further purified? Our sages tell us that purity is limitless, and one can always reach higher levels of holiness.

In a similar vein, we learn (Shabbos 21b) that those wicks and oils that may not be used for the Shabbos lights, either because they do not burn nicely or their fragrance is unpleasant, may nevertheless be used for the Chanukah lights. The Chiddushei HaRim cites earlier commentaries that the wicks and oil allude to the people of the Jewish nation, as it says (Mishlei 20:27), “Man’s soul is the lamp of Hashem.” Even those souls who are not pleasant or attractive can become holy and spiritual again on Chanukah.

The Power of the Chanukah Lights

The great tzaddik R’ Yaakov Yitzchak HaLevi Horowitz was also widely known as the Chozeh of Lublin because of his ability to see events taking place far away and his ability to look into the future.

Once, during Chanukah, a delegation of Jews from a nearby town came to the Chozeh because they were being plagued by Yaakov Moser, a Jew who caused unending tzaros for the community by slandering them. Jews were being taken to prison, beaten, and caused to forfeit all their possessions. The townspeople could no longer endure this cruelty. Just the past week two men had received long prison sentences because of Yaakov Moser.

“We know that the Chozeh can effect deliverance and salvation through the Chanukah lights,” they said. “Please bring about the departure from this world of this evil person,” the delegation pleaded.

“True,” said the Chozeh, “there is no choice but to remove this individual who is causing so much pain.”

The delegation came to the lighting of the candles that evening, when the Chozeh would curse Yaakov Moser and they would answer “amen.” One of the individuals whispered the name of the traitor, and his mother’s name, in the ear of the Chozeh. However, after a few short minutes of prayer, the Chozeh turned to the people standing there and said he could not continue. “The person is currently enveloped in a huge aura of light that is guarding him. There is nothing I can do. Run to his home and see what he is doing.”

The men ran quickly and found Yaakov Moser lighting the Chanukah candles. When they relayed the information to the Chozeh he stated, “If he is kindling the Chanukah lights there is nothing I can do. The lights of Chanukah bring such blessing into the world that no curse anyone could utter could harm him.”

The great Divrei Chaim asserts that the Chanukah menorah is placed near the door outside in the dark night, alluding to the intensity of the mitzvah that has the capacity to illuminate the bleakest situation. Even someone who has strayed far from Hashem can do teshuvah and come close to his Father in Heaven. 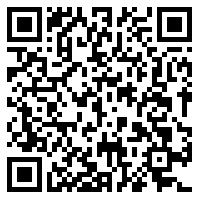