With Parshas Lech Lecha, we begin to learn the Torah of our forebears, which starts with the nisyonos of Avraham Avinu.

We have an obligation to learn from the deeds and actions of our ancestors, as the prophet Yeshayahu says, “Look to the rock from which you were hewn…look to Avraham, your forefather, and to Sarah who bore you” (Yeshaya 51:1-2).


The Talmud (Avodah Zarah 9a) states that one of the sages of the School of Eliyahu taught that the world is destined to exist for 6,000 years. For 2,000 years the world was void; the next 2,000 years there was Torah; and the last 2,000 years are the days of Moshiach. The Talmud adds that the 2,000 years of Torah is counted from the time of Avraham Avinu, as per Bereishis 12:5: “And the souls that they [Avraham and Sarah] made in Charan.”

The Kesef Mishnah asks: How was Avraham Avinu different than those who taught and learned Torah before him? We know that Noach learned Torah as Hashem told him to take seven pairs of clean animals and two of each unclean animal into the teivah. Likewise, we know that Shem and Ever had a yeshiva with many students, including Avraham Avinu. So why do the 2,000 years of Torah commence with Avraham Avinu?

The Kesef Mishnah answers that while Shem, Ever, and Noach studied Torah and taught it to others, they did not actively inspire students to promulgate Torah to the population at large. Avraham Avinu was unique in this regard (Yechezkel 33:24). Avraham Avinu “proclaimed the Name of Hashem” in the streets (Bereishis 21:33), which the Rambam understands to mean that he made known to all that the world has a master. He implanted Torah foundations in people’s hearts and answered their questions, each according to their level of understanding.

The Medrash Bereishis Rabbah says in the name of R’ Elazar ben Zimra that if the entire world were gathered to create something, a soul still couldn’t be instilled into a fly. Yet, the Torah speaks of “the souls that Avraham and Sarah made in Charan.” The Medrash answers that the Torah is referring to the people they converted because bringing someone close to Hashem is like creating him.

The Medrash Shira HaShirim states further that Avraham Avinu brought these people into his house, fed them, showed them love, drew them close, converted them, and gathered them under the wings of the Shechinah. And therein lay the secret of Avraham Avinu’s achievements. In order to be successful in outreach, one must first accommodate the person’s physical needs before one can hope to inspire him spiritually.

Every person who entered the house of Avraham Avinu felt welcomed. Not only did Avraham give them food, but he asked each person what he liked to eat. Each guest felt like Avraham cared about his wellbeing. When the visitor came to thank Avraham for his hospitality, Avraham would explain that he had not given him anything. He was merely a pipeline from Heaven; everything was from Hashem. He would ask his guest to express gratitude to Hashem for all he had received.

We’re taught that even Nimrod, the mighty hunter, a son of Kush and a grandson of Cham, was a guest of Avraham Avinu. When he was ready to leave after a few days, Avraham gave him a bill that shocked him. Avraham, though, offered to cancel the bill if he would thank the host – Hashem.

In this way, Avraham Avinu demonstrated how to effectively impress our fellow man to come closer to Hashem. It is the ultimate expression of ahavas habriyos, true love for our fellow man. 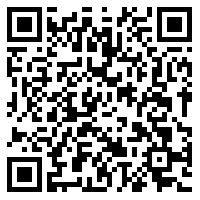