This week’s parsha deals with the topic of machlokes, specifically the dispute that Korach initiated with Moshe Rabbeinu.

The Medrash Tanchuma tells us that Korach was, in fact, very smart. Why did he choose to argue with Moshe Rabbeinu? Rashi explains that he resented the appointment of Elitzafan ben Uziel as a Nasi. Korach noted that K’has had four children, the oldest of whom was Amram, and his two sons were already in positions of greatness: Moshe Rabbeinu was king and Aharon was the Kohen Gadol. He, Korach, should be next in line as the son of Yitzhar instead of Elitzafan, who was the youngest of all.


The Medrash continues that his eyes misled him when he saw that Shmuel HaNavi, who was equal to Moshe and Aharon, would be among his progeny. Furthermore, twenty-four of his descendants would serve in the Bais HaMikdash and have ruach hakodesh (Divine Inspiration). However, Korach didn’t see clearly, unlike Moshe Rabbeinu who saw what mortal man could not, or he would have known that his children would do teshuvah while he, Korach, would be lost to the world because of the rebellion.

The sefer Imrei Chein asks: What does it mean that Korach didn’t see clearly, but Moshe Rabbeinu did? The Imrei Chein offers a fundamental concept of teshuvah, namely that teshuvah in the future cannot be seen. Only Hashem Himself can perceive teshuvah that will be done years or generations later.

This explanation helps to clarify a passage in the Talmud (Brachos 10a). The prophet Yeshayahu came to visit King Chizkiyahu, who was critically ill, and he told him: Tell your household that you will die, and you will not live.” It is explained that the repetition indicates he would die in this world and not live in the next world.

Chizkiyahu asked, “For what transgression am I being punished?” and Yeshayahu told him it was because he had not married and had a family. Chizkiyahu rationalized that he had seen with ruach hakodesh that his children would be wicked, which indeed was the case, as Menashe sinned greatly, so he thought it preferable not to have children. Yeshayahu responded that this was not his business, and he was obligated to do as commanded. Chizkiyahu then married the daughter of Yeshayahu, and Menashe was born.

The Imrei Chein cites the Zohar that Menashe headed the yeshiva of baalei teshuvah in shamayim, so how could Chizkiyahu say his son was evil? Why didn’t Chizkiyahu “see” that he obviously did teshuvah? Thus, we conclude that teshuvah cannot be perceived with ruach hakodesh, and Korach could not see that his children would do teshuvah.

In fact, the individual is afforded never-ending opportunities to do teshuvah, but it is not possible for man to perceive whether the opportunity will ultimately be seized.

The sage Elisha ben Avuyah, otherwise known as Acher, strayed from the way of Torah, and even tried to discourage others from learning Torah. He associated with corrupt people who themselves could not believe the level of his depravity.

R’ Meir, his disciple, made many efforts to bring him back into the fold, but Acher believed that he was too degenerate to do teshuvah. It is told that as he rode a horse on Shabbos, R’ Meir followed him conversing in Torah. At a certain point, though, Acher told R’ Meir, “Return, for you will soon exceed the limit one can walk on Shabbos.” In a play on words, R’ Meir responded, “You return [to observance of Torah],” but Acher replied that he had heard from “behind the partition of Heaven” (mei’achorei hapargud), “Return rebellious children, except for Acher.” He even went so far as to prove by divination from random pesukim that the boys recited to him that he had no hope of doing teshuvah. The Talmud relates that upon Acher’s passing, the Heavenly Court declared that he should not be judged, nor brought into the World-to-Come. R’ Meir said it was better that he be judged so that he could enter the World-to-Come, and indeed upon the passing of R’ Meir a column of smoke rose from Acher’s grave, signaling that he had descended to Gehennom.

R’ Yochanan felt that he should be saved. He said, “If we hold him by the hand, who will remove him from our protection?” R’ Yochanan indicated that when he died he would have the smoke extinguished from Acher’s grave, to signal that he had been brought to olam haba. Indeed, when R’ Yochanan left this world, the pillar of smoke ceased rising.

A Jew from a small town in Poland approached the duke of his province with a very lucrative business deal. Although the duke was a rabid antisemite, he conducted most of his business with Jewish people. Since the Jew made an outstanding impression with his dignified speech, manner and dress, the duke excitedly accepted his offer, and the Jewish businessman soon became a trusted member of the court.

After many years the duke passed away, leaving the duchess in charge. She immediately turned to the Jew whom her husband had so deeply respected. She found him to be an engaging young man who was exceedingly intelligent and courteous. As they worked closely together on all aspects of the duke’s holding, a friendship developed between them.

Eventually, it was suggested that the Jew convert so the duchess could marry him and they could rule the estate together. Initially appalled by the proposal, it didn’t take long for the businessman to begin entertaining the idea. Soon he converted, married the duchess, and they had children together. Even the king of Poland developed an affinity for the Jew.

One day a story began to circulate that a Christian girl who was missing had been killed by the Jews because they needed her blood for their Pesach matzos. In no time, it was decided that all the Jewish people would be expelled from Poland. The edict was issued and all the dukes and the king signed the decree.

The apostate was suddenly thrust into turmoil. Although he had sinned and profaned his religion, he could not add his signature to such a harsh decree against his own brethren.

He called together a meeting of the noblemen and the king and openly acknowledged that he had been born a Jew. As such, he said, he was the most familiar with the Jewish laws and customs. Since blood was forbidden to the Jews, there was no way any Jew would use blood for any Jewish ritual. Trembling, he informed them that he would not sign the edict. Upon hearing this statement, the king abolished the decree.

The man was completely unsettled after this incident, and deeply regretted his earlier decision to abandon his faith. He began to cry bitter tears of remorse and repentance, and quickly left his estate to seek the guidance of the renowned Apter Rov, R’ Avraham Yehoshua Heschel, the rabbi of Kolvishov. The Apter advised him to immediately leave the country and move to Amsterdam. He sent him with a letter of introduction to the rov of Amsterdam, so that he could help him in his journey of teshuvah. For the rest of his days the Jew lived as a tzaddik and true baal teshuvah. 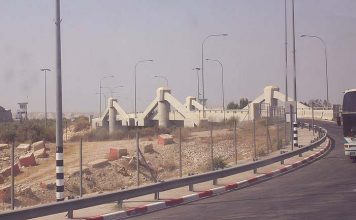 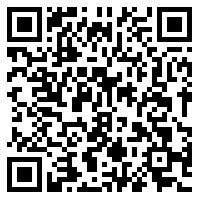