At the end of Parshat Balak, Moabite women seduced Jewish men to worship their idol, incurring a plague on the Jewish people.  Commentators to Matot continue the conversation in a way which might lead us to check our own answers as to how to relate to those who see the world much differently from us.

At Hashem’s command, Moshe sent soldiers to punish the Midianites (Rashi offers two reasons the Moabites were spared, a separate discussion) for the damage they caused. The victorious soldiers brought back captives, angering Moshe. As part of his rebuke, he says, Bamidbar 31;16, “these were the women who slept with Jewish men!” The Hebrew doubles the identification for emphasis, hein heina, these very women.

Rashi says Moshe pointed to specific women, whom all recognized and knew to have been partners of specific Jewish men. Possibly, Rashi thought everyone had paid close attention in a brief window, kept good notes on who slept with whom. I think it simpler and more likely Rashi thought the Jews developed relationships of enough duration for everyone to know who dated or lived with whom (and, if I may read contemporary reality into the Torah, for most of the nation to applaud it, to be happy the couples found happiness).

We should not miss the shocking implication Moshe Rabbenu (and his supporters) could not stop some or much of the population from effectively intermarrying. The portrayal suggests intermarriage is more endemic than we choose to realize, rears its head wherever Jews find welcoming non-Jews. Considering it also often leads to taking on the worship of the non-Jewish partner, it reminds us of the care we need to take when choosing where and among whom to live.

Gad and Reuven on Choosing Residence

The last incident in the parsha draws our attention again to the consequences of our choice of place of residence. The tribes of Gad and Reuven ask Moshe’s permission to take their portion of the land of Israel on the east side of the Jordan, to better tend their flocks.

Ramban points out the Torah lists Reuven first only the first time it refers to the pairing, in his view because the idea came from the tribe of Gad. They, the more physically powerful tribe, could convincingly argue their preference had nothing to do with fear of the Canaanite nations.  In Ramban’s picture, Moshe worried they were repeating the error of the previous generation, they assured him they were not, and a deal was struck.

Midrash Tanchuma Matot 5 sees a more lingering problem to their request, which both Da’at Zekenim mi-Ba’alei ha-Tosafot and Rabbenu Bechaye chose to include in their commentaries. As part of a larger piece, Tanchuma objects to how their monetary interest affected Gad and Reuven’s choice, and says it led to their eventually going into exile before the rest of the nation.

(Tanchuma knew this from reading I Divrei HaYamim 5;26, which says Tilgat Pilnesser exiled the two and a half tribes on the east of the Jordan. The king who exiles the Northern Kingdom, in the ninth year of Hoshe’a b. Elah’s rule, is Shalmanesser, where Tilgat Pilnesser took cities away from Hoshe’a b. Elah’s predecessor, Pekach b. Remalyahu. Even were we to assume Tilgat Pilnesser exiled the tribes from the east of the Jordan on a different occasion, there is still some time before the rest of the Northern Kingdom is exiled, since a different Assyrian king does it).

The Wheels of Justice

Tanchuma assumes a longer arc to the natural consequences of our actions than we might realize. The Midrash thinks the tribes should have considered their separation from the rest of the nation when they chose to trade their share of the land west of the Jordan for the land on the east with the only named downside being exile ten to twenty years early.

A choice whose only tangible downside came centuries later still strikes the Midrash as too tainted by pecuniary concerns. Had they had their value system in better order, they would have chosen differently and their history would have gone better as well.

Rashi and the Midrash let Parshat Matot remind us—as do many other sources—of the short and long term impact of where we live. The two examples in our parsha went poorly for those involved, we can hope to learn from their errors and be guided by our highest values when we pitch our tents or buy our homes, in a place which will bring us to ever greater heights. 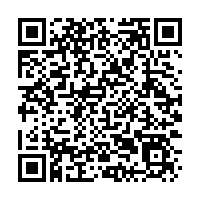