Our Sages tell us (Sanhedrin 100a) that in accordance with the measure that a person metes out for others, the Heavenly Court metes out for him. In this context, the Baal Shem Tov cites the pasuk in Tehillim (121:5), “Hashem is your protection” and translates the word tzel as shadow. “Hashem is your shadow” suggests that just as a shadow reflects the actions of a person, and its movements are directed by its maker, so too Hashem’s conduct with us mirrors our own conduct. For example, if we are kind with others, Hashem is kind to us.


R’ Aharon Taussig notes that there is precedent for this precept. The Medrash tells us that everything that Avraham Avinu provided for the angels when they visited him, Hashem provided likewise for his children, the Jewish Nation, in the desert, including the water, the manna, and the Clouds of Glory.

Yehoshua sent out two spies, Calev and Pinchas, before the Jewish nation went into the land of Israel. They went to the house of Rachav, where the aristocracy would meet, to gather intelligence. However, their arrival was noted by the authorities and messengers were sent to pick them up. Risking her life, Rachav hid them on her roof and told the messengers they had already left the city.

After the messengers left, she lowered the men with a rope through the window so that they could make their escape. She merited to marry Yehoshua and to count among her descendants eight kohanim gedolim and nevi’im, including Yirmiyahu HaNavi. More than 800 years later, Yirmiyah was thrown into a pit for his prophecies of calamity for the Jewish people. His disciple, Baruch ben Neriyah, was able to save him by lowering a rope to him. The Medrash relates that Yirmiyah commented, “If only I had a ladder.” Hashem said, “You want a ladder? Your grandmother Rachav used a rope to save the lives of the spies, and you too will be saved by a rope.” We see here how Hashem conducts the world with middah kneged middah – measure for measure.

Our Sages also tell us that because the servitude of the Jewish people in Egypt was uniquely cruel and tyrannical, the Egyptian people were punished middah kneged middah, each of the plagues in retribution for the ways they oppressed the Jews.

The Maharsha was known to be particularly scrupulous with his charitable contributions between Rosh Hashanah and Yom Kippur. He indicated that if one makes sure to provide for the poor, he can be assured that his own personal needs will be administered as well – middah kneged middah.

A Bracha For the New Year

An older woman, who had over the years been devotedly contributing to our annual Yom Tov campaign, called. She urgently requested a meeting with me and indicated that the matter was extremely important to her. There are individuals who make it their business to take care of matters early, and I supposed that was her intent.

When I opened the door in response to her knock the next day, she asked to sit down, and I knew there was something more troubling on her mind.

She disclosed that for the past number of years she had been helping out her son and his family. However, shortly after she lost her source of income, her son passed away this year after a brief illness. She had been trying to continue assisting the family financially, but it had simply become impossible. At this point, she was finding it difficult to pay her own rent.

She began to weep softly as she recalled all the years that she had been happy and proud to be a “giver,” whereas this year she had nothing at all to give. “You always gave me such a nice bracha when I brought you my donation,” she recalled. “Could I get your bracha this year as well?” she sadly asked.

I was humbled by her request and comforted her with a very special bracha for all that she, her grandchildren and her daughter-in-law could want in life, and offered a bracha for her son’s neshamah. I suggested that she would in fact be helping by partnering with me to assure that her daughter-in-law was provided with the necessary funds to celebrate a nice Yom Tov with her grandchildren.

The woman’s gratitude was overwhelming as she shook her head in disbelief. She was speechless. I immediately gathered the monies for the woman and her grandchildren to enjoy a beautiful Yom Tov like every other family.

Every year, before Rosh Hashanah and Pesach, I turn to our loyal readers of the Jewish Press and friends of Klal Yisroel on behalf of the special Yom Tov Fund which I personally administer, and which monies I distribute directly into the hands of those who are most in need. I know that my brethren are rachmanim and gomlei chassadim who genuinely feel the pain of others, and would want to take part in this great mitzvah of tzedakah. Help me to give chizuk to families, individuals, and children in need. In the zechus of your contribution, may you merit blessing and success, a year of good health, nachas, happiness and prosperity. You may also include the names of anyone in particular who is in need of shalom bayis, shidduchim, refuah, parnassah, etc., and I will say special prayers on their behalf. 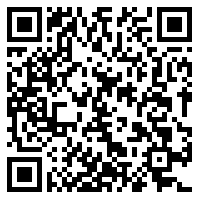