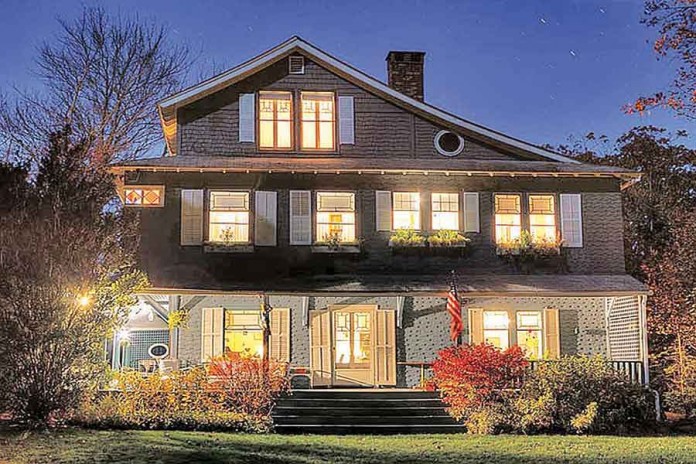 There is a certain genre of traveler for whom wanderlust is sated most by the raw beauty of nature. These souls crave wilderness untamed, terrains unmolded by human hands. For them, G-d created Maine.

Protruding into the Canadian interior like an outstretched fist, the Pine Tree State provides visitors with the rugged beauty for which New England is famed. Miles of craggy coastline, chiseled as though by an indecisive hand, define its contours. It is covered by forests thick with firs and maples, punctuated by lakes ringed with necklaces of pine. And its lush vegetation amply supports the diverse wildlife populations – deer, moose, bears, songbirds – that call it home.


Maine is also home, as it happens, to what may have been, before the pandemic, the only strictly kosher bed and breakfast in the USA.

At least the proprietress of said establishment, Roberta Chester, is aware of no other. So she tells me over the phone two years after my husband and I spent time at her B&B, the Shore Path Cottage, in the halcyon pre-Covid summer of 2019.

(For over a year, Shore Path Cottage is no longer a B&B, but a rental facility.)

A tri-state area native, Roberta made the extraordinary decision to relocate her family to the literal and spiritual wilderness of Maine as a single mother in the late 1970s. She had summered previously in the state and, disillusioned by the materialism of her New Jersey community, was ready to lay down roots in what she calls a “blessed place.”

Though not observant at the time, Roberta was concerned about completely cutting off her children from communal Jewish life. The area to which she planned to move – Bar Harbor, a town on Mount Desert Island off the Maine coast – was an hour and a half’s drive from the nearest Jewish community in Bangor, itself a far cry from her New Jersey enclave with its abundance of synagogues.

At a friend’s advice, Roberta wrote to the Lubavitcher Rebbe to seek his counsel regarding her proposed move. “I’d never heard of him before, but he wrote back a beautiful letter encouraging me to go,” she says. “In his prescience, I think he saw the move would be good for me religiously.”

And so it was that she and her children decamped to the fertile frontier of Maine, with its blueberry patches and deciduous woodlands and crashing Atlantic waves. But when winter came, nature took on a more sinister form: With icy drafts rolling off the ocean and invading her 19th-century home, Roberta was forced to stuff paper in the crevices of her walls and trudge through snow in the pre-dawn stillness to gather fuel from her woodpile.

Despite the challenges of those early years – well before running a bed and breakfast was even the germ of an idea – Roberta did not turn tail and flee south. It was the landscape that held her fast: “I was nothing less than smitten,” she says.

Remarkably, Roberta’s religious observance blossomed in that northeastern outpost. The catalyst was, of all things, a writers’ workshop in the early ’eighties at the historic New Hampshire home of Robert Frost.

While participating in the three-day conference, Roberta, a writer by trade, happened upon Bethlehem, New Hampshire, then a summertime mecca for Orthodox Jews. “Watching those shtetl-type Jews, hearing them speak Yiddish…I was stricken,” she says. “I thought, these are my roots. This was my mother’s mother tongue.”

It was the remark of a pastor, whom she’d met at a rest stop and told her startling experience, that drove the impression home. Said the anonymous cleric: “It only takes one generation to get lost.”

The reverse, Roberta realized, was also true, and she became keenly aware of her ability to help her family return. She began a concerted effort to keep Shabbat and to spread Jewish knowledge among the few members of the tribe in Maine.

“Most people in Bar Harbor at the time had never met a Jew,” says Roberta. “Still, I would bring latkes to my daughter’s kindergarten class and talk about Chanukah, and I arranged Purim parties for whatever Jews I could find.”

These projects, begun as efforts to bolster her children’s pride in their heritage, led to broader outreach that saw Roberta hosting Jewish students from a nearby university for Shabbat dinners. “I believe that in encouraging me to move to Maine, the Rebbe foresaw the impact of my being there,” she says. “It was in line with his broader mission of spreading Judaism.”

When her children went off to college, Roberta was at a crossroads: What was she to do alone in a house that could sleep close to 20? Shore Path Cottage – built in 1880 – boasts architectural flourishes distinct to the area: paneled ceilings, maple floors. It’s situated on a sprawling lawn hemmed in by forest on two sides and the ocean on a third, perfumed by wildflowers and salty ocean spray. What could she do with such an Eden?

The answer was both wild and wildly obvious. Transforming Shore Path Cottage into a bed and breakfast made sense financially, not least because the growing popularity of Bar Harbor and neighboring Acadia National Park as vacation destinations meant a steady influx of guests throughout the warmer months.

“We brought in a rabbi to give us kosher certification,” says Roberta. “Our home is vegetarian in any case, so the lack of kosher meat in the area never posed a problem.” Local stores carry many OU items and fresh produce aplenty. Roberta, who had begun spending winters in Jerusalem, would bring back giant wheels of cheese from Israel.

Attracted by Shore Path’s kosher offerings, religious Jews began showing up at the establishment. Non-Jews, too: Roberta’s guest book has been signed by people from all over the world, from Minnesotans (the most easygoing visitors, she says) to Southerners (the most polite) to Italians (the most upbeat).

“We’ve had writers come stay to work on novels on our property, and artists come to paint the landscape,” says Roberta. “Some became our great friends – and some even fell in love with the area and bought property here.”

Based on my own magical memories of the place, that’s not surprising. On our trip, my husband and I stayed at another hotel down the road but arranged to eat breakfast at Shore Path each morning. (As kosher travelers who had once subsisted off granola bars in Florence for two long days, we thought the idea epic.)

The homemade fare was of such high caliber that we still reminisce about it occasionally: crusty breads, omelets, warm blueberry muffins, fresh fruit salad, honeyed granola. Seated around the mahogany dining table with an assortment of others who’d come to enjoy the splendors of a Maine summer, we basked in the spontaneous camaraderie one encounters amid a group of vacationers. And just visible through the window, past the sloping lawn, the ocean glimmered its morning greeting.

Roberta is the sort of hostess eager to engage her guests: When she and I discovered our shared interest in writing, she gifted me a poetry collection compiled by a group of female writers in Maine that included herself.

And Roberta’s professional life is nearly as fascinating as her personal journey: She taught English at the University of Maine. She hosted a radio program on NPR, interviewing people who had made drastic career changes. She served as program director of the Maine Holocaust Human Rights Center, developing K-12 curriculums. And she received a grant from the Maine Arts Commission to study the art, music, and literature of pre-Holocaust Eastern Europe to understand the cultural riches lost during the Shoah—an endeavor that had her collaborating with humanities experts such as the granddaughter of famed Yiddishist Shalom Aleichem.

For Roberta and her family, the pandemic was a natural time to segue from running a B&B to a less labor-intensive form of hospitality: Shore Path Cottage, which sleeps up to 18, is now available for weekly rentals, as is a smaller house on the property that can fit seven. While the lavish kosher repast I remember is no longer offered, kosher utensils are provided for religious renters.

Unsurprisingly, the indefatigable Roberta is still thinking up new projects: Pre-Covid, she had been planning to open a destination cooking school for women at Shore Path with celebrated kosher chef Levana Kirschenbaum. The pandemic forced her to cancel the event, but Roberta has other big ideas.

“My dream is to offer kosher destination weddings, out on our lawn by the ocean,” she says. “That would be incredible.” 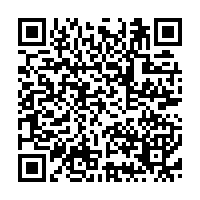