A rare opportunity is coming our way this Shabbos, December 25, with the study of a new cycle of the global Mishnah Yomis, starting with the Tractate Berachos. Thousands will begin learning two mishnayos a day to finish all of Shas in six years.

Learning of mishnayos is one of the greatest protections one can do against the possible future punishments of Gehinom. Let’s face it! Most of us know that we are not lily white and liable to face the torments of Gehinom for a vast array of sins. Whether it is the grievous transgression of lashon hara, the serious sin of hurtful words, lack of shmiros einayim/purity of the eyes, a deficiency in Torah study or in tzedakah, there are many reasons why one should be frightened of the rigors of hell.


The Medrash Talpios, according to the version of the Chid’a, reveals to us that Asher Ben Yaakov will stand by the doors of Gehinom and not let anyone in who has a regular diet of mishnayos. The Arizal adds that Asher will also bring such a person to Gan Eden. The Medrash Talpios says that the letters of the word Mishnah are the same letters of the word shmeina in the posuk of Asher. This points to the fact that Asher will be a guardian for us because of our Mishnah and the madanei melech, which refers to royal delights, meaning that he will bring the Mishnaic personality to enjoy the delights of paradise.

The Bnei Yissachar points out that there are 528 chapters in the Mishnah. Five hundred and twenty-eight is the numerical value of the word maftei’ach, key. The Bnei Yissachar elaborates that this is because the study of Mishnah is the key to the final redemption, as is stated in Yalkut Shemoni in parshas Tzav. According to the Arizal, we can add that it is also the key to bring one into Gan Eden.

I believe there is a powerful allusion to Asher’s role as a champion of the Mishnah in the very beginning of Shas. The first Mishnah in Berachos which, b’ezras Hashem, we will learn this Shabbos, starts off with the question “From what time can we begin saying the evening Shema?” Reb Yehuda HaNasi, the author of the Mishnah, chose a peculiar word to start off the Talmud. The Gemara in Pesachim teaches us, “The Tanna chooses to be terse and abbreviated in his style.” This is because they used to learn the Mishnah by heart, so Rebbe made it as concise as possible. Yet, he started off the Mishnah with the word mei’eimasai, which is very long form. It could have said eimasi or even masai. Why start with the elongated form translated as “from what time…”? Wondrously, the gematria of mei’eimasai is 501, which is the same numerical value as Asher. I believe Rebbe wanted to embed Asher in the very beginning of the Gemara to let people know the great protection of Asher that they are procuring for themselves when they embark on a career of Mishnah.

The Kitzur Shulchan Aruch extols the virtues of tikkun chatzos (the formal prayers that the pious say in mourning of the Holy Temple at midnight), and adds that afterwards one should learn some Torah. It further states that mishnayos is the first choice since the word Mishnah is composed of the same letters as neshamah, soul. Thus we see that learning mishnayos is food for our soul. Another interesting benefit is that Mishnah is the numerical value of 395, the same gematria as parnassah, livelihood, for the study of Mishnah benefits one’s parnassah.

We must realize that even the lucky adherents of Daf Yomi never really finish Shas, for they don’t learn most of the two bookends: Zeraim and Taharos. By adding the study of Mishnah Yomis to their learning diet, they embark on a journey whence they will truly finish Shas.

About 12 years ago, I began my first cycle of Mishnah Yomis. I am embarrassed to admit that it was the first time in my life that I ever learned Mesechtas Eduyos, for even though I had learned Zeraim and Taharos, Eduyos is a Mishnah in the middle of Shas that is not covered by the Daf Yomi cycle. How ironic that the tractate known as Eduyos, which contains the cream of learning, is left out by so many people. Adopting Mishnah Yomis will cure that. (I recommend the new Mishnah Elucidated by Artscroll which is a true masterpiece.)

I have recorded the entire Mishnah Yomis on Kol Haloshon and you can enjoy it by dialing 718-906-6471. It is also available in audio on Torah Anytime. 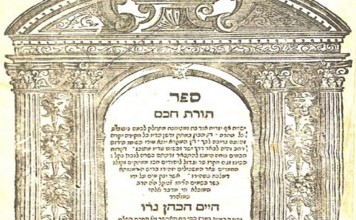 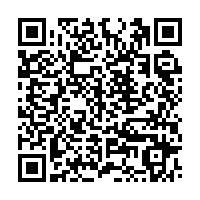