The leaders of the nations called Avraham Avinu “the leader of the world, the captain of the ship” (Bava Basra 91).

“Leader of the world” is truly a distinctive title. But why did they call him “captain of the ship”?

Perhaps they meant to compare Avraham’s behavior to that of a captain, who stays on his ship as long as there is even one person left on it. The captain ensures that every single passenger is rescued and brought to safety before he leaves the ship himself.

The 11th of Nissan marks the 119th birthday of the Lubavitcher Rebbe. The Rebbe’s leadership was quite remarkable. On the one hand, he spoke out on all matters of importance to the Jewish nation, whether or not his position was popular. On the other hand, like a ship captain, the Rebbe cared for every single Jew individually. He was concerned not only about Klal Yisrael – the entire Jewish people – but also for Reb Yisrael – the individual Jew.

When Gabriel Cohen recounted this exchange, he stressed the subject of the Rebbe’s concern. The Rebbe wasn’t worrying about Lubavitcher chassidim, chassidim in general, or even observant Jews – he was worrying about one Jew who may be isolated from Torah in one corner of the world!

The Rebbe formally became the nasi of Chabad in 1951, just a few short years after the conclusion of World War II and the Holocaust. Many rabbinic leaders at that time concentrated on rebuilding their own communities, their immediate responsibility. The Rebbe, though, didn’t just focus on his own Lubavitch community; rather, he focused on the entire international Jewish community.

The Rebbe began sending shluchim (emissaries) all over the world. Not everyone understood the purpose of this endeavor at the time. Some may have even argued: Take care of Lubavitcher chassidim!

But the Rebbe saw an entire world of Jews that needed help. And the only way they could be helped was if a messenger was sent to reach them. Some seek help, but what about those who don’t? What about those who don’t even know they need help? The Rebbe’s modus operandi was: If they aren’t going to come to us, we will go to them.

The Rebbe’s mission, as he made clear from the outset, was to bring Moshiach, and to that end he sent shluchim all over the world. The Rebbe also stressed that every Jew is a “shliach to bring Moshiach.” As he explained, every Jew has a neighbor to whom he can speak about Shabbos and kashrus. Every woman knows a woman or a young girl she can influence to light Shabbos candles. With such thinking, we can reach every single Jew in the world.

By reaching out to them with love and affection – never criticizing and always being positive – we can bring everyone closer to the fold and bring about the ge’ulah ha’amitis v’hashleimah. 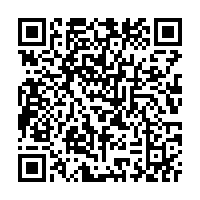