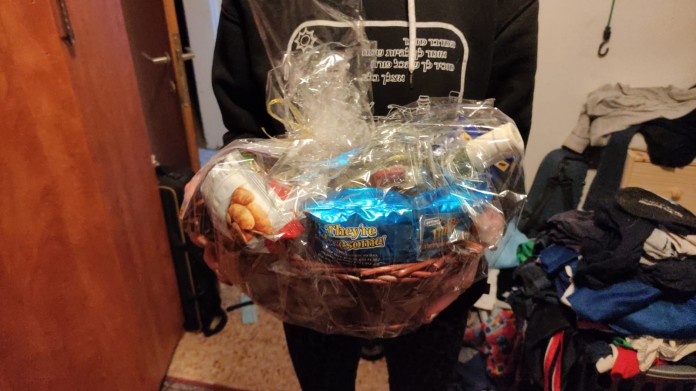 It is a privilege to be writing the first in a series of, b”H, many weekly shiurim centering around three subjects that are very dear to my heart – Parshat Hashavua, the Mikdash and …… food. Bli neder I will endeavor to incorporate two or more of these topics in each shiur.

According to the Tur, whenever an event occurs during the week, it is hinted at in the Parshat Hashavua preceding it. So, in addition to the above, we will also be connecting our Parsha to Purim, which we b”H celebrate this coming Wednesday evening.

The Ramban gives names to each of the Chumashim and he calls the book of Vayikra – Torat Kohanim. The preceding book Shmot (Sefer HaGalut Ve’haGeulah) focuses, in the latter half, on the building of the Mishkan and now comes Vayikra and gets down to the nitty gritty of the Avodah by the Kohanim in the Mishkan. Sefer Vayikra contains the largest number of mitzvot of all the Chumashim.

Many Mefarshim give profound explanations of the meaning behind the Korbanot. In this shiur, I would like to concentrate on one by Rebi Tzadok HaKohen of Lublin in his sefer Pri Tzaddik.(Tazria, gimel).

One cannot help but notice that a major focus of the Avodah is various forms of food – meat, bread, wine, oil, water. The Mikdash was to a large degree a kind of a “food factory” – with a twist. Although we have not merited the Mikdash for almost 2000 years, one can easily imagine the exotic aromas emanating from it, meat barbequing on the fire, bread baking, aromatic spices – permeating every corner of Yerushalayim.

I say “with a twist” because, unlike the food court in the mall, in the Mikdash, every parameter regarding the food was meticulously and stringently defined, down to the minutest detail – Which animals for which Korban, where and how to slaughter them, how to slice them up, which parts went on the Mizbeach, which were eaten, how they were cooked, who could eat them, where and in which time frame. Similarly with the breads, the Menachot, which flour to use, how much oil, if any, to add, how and where to bake it.

Obviously the main purpose was spiritual, but the question is – Why such extravagant attention given to the material food aspect and not simply focus on the spiritual, Tefillah aspect alone, without the food, as we do today in Shul? (We Jews make up for it in the Kiddush afterwards – lezecher haMikdash, as it were).

The Pri Tzadik, like many other commentators, holds that the primary purpose of the Avodah is to atone for sin. If there is such a strong emphasis placed on food in the Mikdash, the reason must be connected to food. Rebi Tzadok explains that the origin of sin begins with food.

If you examine all the major catastrophes that occurred in our history, they all had some connection to food. It all began when Adam HaRishon ate the very food that Hashem forbade. When Noach and his family were rescued from the Flood, the first thing he did was plant a vineyard and drink himself into a stupor. After the brothers sold Yosef into slavery, the first thing they did was sit down and eat bread. Prior to Am Yisrael sinning with the golden calf, they arose early to feast and drink.

The Pri Tzaddik goes on to give further examples and explains that this pattern repeats itself, because the yetzer harah rears his head davka when food is involved. Humans are most prone to sin when they are wining and dining!

Therefore in order to atone for this negative phenomenon, we have a Mikdash, in which food is abundant and ubiquitous, but to counteract the yetzer harah, every minute detail is sharply focused on the holiness of the food, the way it is prepared and eaten and most importantly on the recognition of and gratitude to our true Source of sustenance.- HKB”H.

A topical example is the story of Purim. The edict to annihilate the Jews had its origins in ….. a banquet. The Megillah begins describing the lavish 180 day banquet that Achashveirosh conducted, to which all the Jews were invited. According to the Midrash, Mordechai advised them not to attend, because he recognized it for what it really was – a humiliation ceremony with the sole purpose of flaunting the captured vessels of the Mikdash. The Jewish political leaders in Shushan disregarded this advice and the whole affair deteriorated into a Chillul Hashem.

If you are looking for a connection between Parshat Vayikra and Purim, you can find it in the Gemara (Megillah 12b). Rebi Levi says that Achashveirosh’s seven advisors, with whom he consulted what to do with Queen Vashti – Karshena, Sheitar, Admata, Tarshish, Meres, Marsena and Memuchan (Haman) – are in fact hints to the various aspects of the Korbanot. The angels came to the defense of Am Yisrael. Do the goyim bring one year old sheep as sacrifices? (Shnei Kevasim Bnei Shana in Aramaic is Karshena). Do they bring two doves? (Shtei Torim in Aramaic is Sheitar). Do they have a Mizbeach Adama? (Admata) Do they have a Choshen with precious stones (Tarshish was one of the stones of the Choshen). Do they agitate (Memares) the blood of the Korban so that it does not coagulate? (Meres). Do they bake Menachot? (Marsena). Do they lay out breads on a Shulchan? (Memuchan).

If the sin originated with food, then its remedy and atonement must involve food. This is why Purim is so food oriented – Mishloach Manot, Seudat Purim, drinking copious amounts of wine, eating Hamataschen (a relatively new concept, not mentioned in the Halacha), etc.

The Tikkun for all the cardinal sins in our history that stemmed from food related events, must also involve food, but this time with the purpose of distancing the yetzer harah and not arousing it.

The well-known Jewish adage “We came, we conquered, let’s eat!” is not entirely accurate. The correct form is “We ate, we sinned, let’s eat – the right way!”

Parshat Hashavua Trivia Question: Which part of the Korbanot is synonymous with a Hebrew vowel? (answer next week). 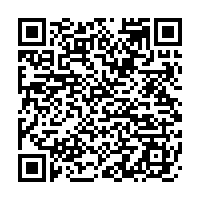