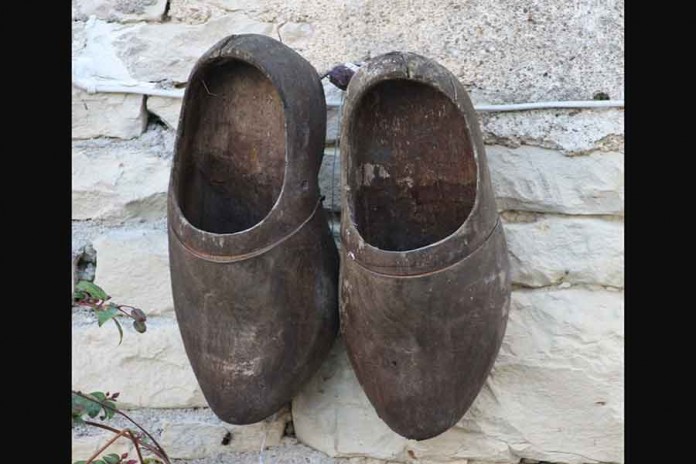 In Parshas Vayeishev we read of the brothers’ hatred for Yosef, and his sale into slavery. Our Sages tell us that the first pasuk of the haftarah (Amos 2:6-3:8) alludes to the sale of Yosef to the Yishmaelim, as it says, “For three transgressions … I have looked away, but for the fourth I will not pardon them – for their selling of a righteous man for money, and a poor man for shoes.” The Pirkei D’Rebbi Eliezer comments that Yosef was sold for 20 silver pieces, and each of the ten brothers took two coins to buy themselves shoes.

HaGaon R’ Elyashiv asks: Why does the Torah find it necessary to tell us that they bought shoes with the money, ostensibly a trivial detail? It certainly does not in any way diminish the harshness of their act. In the verses that we read on Yom Kippur concerning the Ten Martyrs, reference is made as well to these shoes, “The head of the idolator [the Roman Caesar] swelled with malice and he commanded to fill his palace with shoes [which he displayed to the ten great scholars who were martyred].”


We find other mention in the Torah and laws associated with shoes.

When Hashem revealed Himself the first time to Moshe Rabbeinu in the Burning Bush, Moshe was commanded to remove his shoes (Shemos 3:5).

The Kohanim served in the Bais HaMikdash without shoes. Nowadays, the Kohanim remove their shoes before they bless the Jewish people.

We read in Devarim (7:12), “V’hayah eikev tishme’un … It will be because you will heed …” Rashi explains that the literal translation of the word eikev is “heel,” referring to the minor commandments which one “tramples with his heel,” i.e., those commandments that people tend to consider of minor importance.

The Medrash Tanchuma cites a similar explanation, noting that Dovid HaMelech said (Tehillim 49:6) that he was apprehensive about the weighty commandments because they were of great consequence, but he also feared those easy commandments that he may have overlooked or transgressed, i.e., trod upon. Ultimately, Hashem has cautioned us (Devarim) to be careful in the performance of a “minor” mitzvah as in the performance of a “major” one.

R’ Elyashiv then elaborates beautifully on the term used to indicate the disregard of less important mitzvos. He notes that a person will not feel any pain when he walks on small pieces of glass or stones if he is wearing shoes. However, if he walks barefoot he will feel even the smallest pebble or twig. When the Kohen walks on the holy ground of the Bais HaMikdash he has to remove his shoes so that he is sensitized to the sacredness of his mission.

When Yosef’s brothers purchased shoes with the coins from the sale, they were not able to discern Yosef’s pain. They thought they were acting properly but had they reflected, they would have perceived their misdeed. Instead of putting on shoes, they needed to remove their shoes and sense the anguish of Yosef.

The Sensitivity of Rav Moshe

The great posek hador, HaGaon HaRav Moshe Feinstein, was renowned for his extreme kindness and sensitivity for others.

After attending a very important meeting of the leaders of the generation, R’ Moshe left early for a wedding. Upon his arrival, R’ Moshe went over to the father of the chosson, and gave him a warm mazel tov, accompanied with many heartfelt brachos. He then explained that the kallah was a relative of his, who was indeed a very special member of the family, and he was happy to be able to join the simcha.

R’ Moshe was seated at the head table, where a line soon formed of people who wanted a bracha from the gadol. They all introduced themselves and expressed their delight in discovering that the great R’ Moshe Feinstein was related to the family.

R’ Moshe sat patiently, greeting and blessing each well-wisher until the new couple rejoined the guests. R’ Moshe danced with the chosson, and then praised the kallah and her wonderful middos. As he prepared to leave, R’ Moshe spoke to the kallah, and gave her heartfelt brachos as well.

As they rode home, R’ Moshe wearily commented to his driver, “I don’t have too much time to sleep, but there are certain things that one must do.”

Since the Rav had definitely implied earlier that he was not related nor was the chosson his disciple, the driver asked R’ Moshe why he had attended the wedding. R’ Moshe told him that the kallah had come to his home while he was learning, and after requesting a bracha from the gadol, asked if he could come to the wedding and introduce himself as a member of her family. She explained that she came from a penniless family in Yerushalayim, and there was no one here in America from her side who would be in attendance at the wedding.

R’ Moshe was unsure at first how he could say an untruth. But he then applied the precept of our Sages that there is no member of the Jewish Nation who does not have a “redeemer,” i.e., a relative who can redeem him. He therefore told the kallah that he could qualify as a relative, even if a distant one, and he promised to come to the wedding.

Incredulous, the driver asked why he had to stay so long at the wedding.

“The kallah requested my presence. It was very important to her that I come. In a few hours the wedding will be over, but the great happiness of tonight will last for a lifetime. It was worthwhile for me to give up one hour of my time for a chosson and kallah to share a lifetime of joy together,” said R’ Moshe. 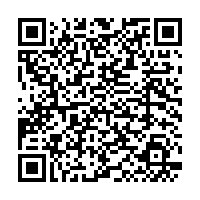