Corona Czar Prof. Salman Zarka admitted Wednesday night that the fifth wave of the Corona epidemic in Israel had begun. In an interview with Kan 11 News, Zarka said, “We are no longer between the waves – we are at the beginning of a wave.”

The Corona Czar explained that “when we thought about the fifth wave we were not thinking about this increase, we thought about importing a new variant from abroad, about what’s currently happening in Europe. This new increase in the coefficient of infection is too fast and too early, I don’t want to call it a fifth wave or a wave at all, I want to elicit the public’s help in turning it off and returning to the descending graph.”


Even though the number of critical Corona patients in Israeli hospitals remains relatively low – 122 patients in serious condition, out of whom 86 are critical, the Health Ministry fears mass infection in Chanukah, Christmas, and New Year’s parties, and if the increase in the coefficient continues (it is now around 1.08), they will consider bringing back some restrictions, including reducing gatherings inside buildings from 600 to 400, reducing indoors events without a green pass from 100 to 50, and requiring facemasks in the open air.

Professor Dror Mevorach, Director of the Corona Department at Hadassah Hospital, told 103FM Thursday morning that the new wave is already here, but its scope is not yet clear: “The numbers will speak for themselves, and we’ll see whether it’s a small or a big wave.”

The director of the Corona Department insisted that the current wave is mainly, but not exclusively, among unvaccinated people. “There’s a majority of between 70% and 80% of hospitalized patients who are unvaccinated,” he said. “Yes, it should be noted that there are about 20% of patients who have been vaccinated, including with the booster shot, mainly elderly people whose immune systems have been weakened, so we shouldn’t forget that vaccinated people can also end up in the hospital.”

Asked if the effectiveness of the booster shot was waning, Prof. Mevorach replied: “Immune response is not measured with immunological hypotheses. There’s a natural decrease in the number of antibodies, but this does not mean that there’s a decrease in the vaccine’s effectiveness. I believe the booster shot will be long-lasting for those who respond normally to vaccination.”

Prof. Gili Regev Yochai from Tel Hashomer Hospital told Kan 11 News on Wednesday that preliminary data from the antibodies study conducted in her lab indicate the impact of the booster shot on vaccine efficacy is significantly higher than the second dose of the vaccine.

According to an optimistic forecast presented to the Corona Cabinet, the infection coefficient will stop at 1.1, and the first week of January will see more than 1,000 daily verified new patients. In a less optimistic scenario, where the rise in the coefficient will stop at 1.2, the first week of January will reach 3,000 daily new verified patients.

Currently, there are about 600 new patients each day in Israel.

Finally, if you’re on your way to the airport to board a plane to Israel, the Corona Cabinet on Wednesday night approved the recommendations of professional Health Ministry officials to update the directives on entry to Israel from abroad: Travelers entering Israel will now be allowed to undergo antigen tests in their country of origin up to 24 hours before departure, as an alternative to undergoing a PCR test 72 hours before departure for Israel.

Have a safe flight. 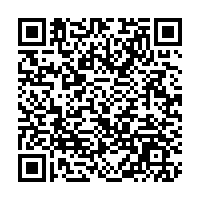