“Every man and woman whose heart motivated them to bring for any of the work that Hashem had commanded to make…” (Shemos 35:29).

The tzaddik R’ Aryeh Levin lived in the Old City of Yerushalayim in dire poverty with his family. One day, his rebbetzin left her infant daughter at home in the care of the older children while she ran out to the local grocery to buy some bare necessities. On her way, she encountered an elderly Jew who approached her and begged for a drink of water.


Rebbetzin Levin asked the man to wait a few minutes while she picked up two items in the makolet. The poor man insisted, though, that he was parched from thirst and he really needed the water this minute for he had no more strength.

Rebbetzin Levin ran back home to bring him some water and found her infant daughter immersed face down in a bathtub full of water. In another few moments, it would have been too late to save her! The rebbetzin grabbed the girl out of the water, called for medical help, and then turned to give the man a cup of water. However, he had disappeared and could not be found.

Obviously, the man had fulfilled his mission, and the child had been saved due to the rebbetzin’s chesed. When the incident was related to R’ Tzvi Pesach Frank, the brother-in-law of R’ Aryeh Levin, he remarked, “This young girl is destined for greatness.” Indeed, she later became the wife of HaGaon R’ Yosef Shalom Elyashiv.

The Torah tells us (Vayikra 26:6) that if the Jewish nation follows the decrees of Hashem, peace will grace the land. The Medrash relates that peace is the greatest blessing that Hashem can bestow on a person. Without peace, everything is meaningless. In Sefer Yeshayah (32:17), the prophet states that “the product of tzedakah shall be peace; and the effect of tzedakah, quiet and security forever.” When a person is attentive to the needs of the members of Klal Yisrael, and is devoted to the poor who require assistance, Hashem rewards him richly.

The great R’ Shlomo of Zvhil said that if a person takes one step to assist another in need, 300 steps for advancement and betterment become accessible to him. It is well known that whoever prays on behalf of another person and puts another’s needs before his own, he (the petitioner) will be answered first. R’ Shlomo comments that if a person is answered merely for praying for another person, how much more so will he be answered if he actually helps the disadvantaged and poor financially or materially.

Needless to say, this past year’s pandemic has been especially devastating to Klal Yisrael. The severe economic disruption and overwhelming loss of life have adversely affected a broad swath of individuals who, until a year ago, managed to get by. I have been called upon by many such individuals for assistance as their dismal plight continues and opportunities remain sparse at this time.

I cannot forget the middle-aged couple, mild-mannered and good-hearted people whom I had known for many years. The two would keep in touch intermittently during the year, and they would often call upon me to answer their sheilos. Although they had a limited income, they were independent and self-sustaining. Last year, at the beginning of Pesach, the woman sadly lost her husband to the scourge that raged throughout the world.

When tragedy struck, it was crushing. While the husband lay in the hospital for weeks before he succumbed, the woman lost her job and there was no money coming in at all. They didn’t have much, if anything, in savings – not even a burial plot.

After the shiva, the woman called to ask if she could consider a job as a maid where she would have to come in on Shabbos but do no prohibited work. I explained that there were possible dispensations available, but the job offer fell through. At this time, the woman remains unemployed, relying on Hashem, through the assistance of others, to buy basic necessities.

This woman, and many others like her, need our chizuk and financial assistance, especially before Yom Tov, so that they can celebrate with grace, along with all of Klal Yisrael. I call on all loyal readers and friends of The Jewish Press to help me before Yom Tov collect money on behalf of the destitute people in our community. Feel the pain of your brethren and take a part in this great mitzvah.

I personally administer and distribute the monies from the special Yom Tov Fund that I have established directly into the hands of those who are most in need.

In the zechus of your contribution, may you merit blessing and success, good health, nachas, happiness, and prosperity. You may include with it the names of anyone in need of shalom bayis, shidduchim, refuah, parnassah, etc., and I will say special prayers on their behalf. 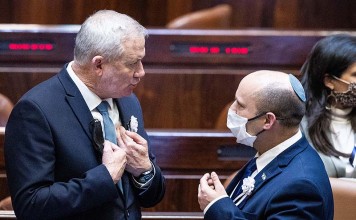