Nearly 300 new immigrants from Ethiopia landed this morning at Ben Gurion Airport on the 9th and final flight of “Operation Zur Israel,” launched last December after the Government of Israel approved the immigration to Israel of 2,000 members of the Ethiopian community.

The immigrants will join the 1700 other Ethiopians who have already arrived as part of Operation Zur Israel, which was led by Minister of Aliyah and Integration MK Pnina Tamano-Shata and The Jewish Agency for Israel Chairman of the Executive Isaac Herzog.


The immigrants that arrived as part of Operation Zur Israel include 893 children, 250 young adults ages 18-24 who will soon enlist in the IDF, 70 infants less than a year old, and 35 individuals over 70 years of age. The Ministry of Aliyah and Integration and The Jewish Agency helped settle the immigrants in absorption centers throughout the country, where they received support and guidance in all areas of life, from learning Hebrew to entering the workforce and the Israeli education system.

“This is a journey that is well underway, but far from complete. I am grateful for the honor of successfully leading Operation Zur Israel, which resulted in the immigration of 2,000 sons and daughters to parents who have waited patiently in Israel for this reunion for many years. However, Israel’s mission to ensure the immigration of the remaining Jews in Ethiopia is not over. Let’s use this moving moment to remember that we have a duty to put an end to this painful saga,” said Minister Tamano-Shata. “Once the new government is established, I will ensure that this happens. I vow to be responsible for not abandoning those yearning to immigrate and have demonstrated that we can and will bring them home.” 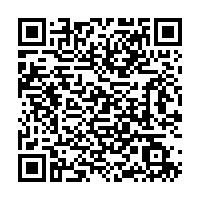