Sometimes our responsibilities seem overwhelming. The trick is not to let such circumstances paralyze us. All we need to do is take the first step in the right direction. We find a support for this idea in this week’s parsha.

Our parsha begins with the words, “V’haya Eikev Tishmi’un” (and it will be when you listen…to these laws, then Hashem will bless you; Parshas Eikev, 7:12). The Hebrew word for “when” in this verse is “Eikev.” This seems a bit strange because in general the translation of “Eikev” is “heel.”


Why would the word “Eikev” be used in this context when there are so many other words that would have been more accurate, such as “Ya’an” or “Ka’asher?”

Rashi (ibid) cites the Midrash Tanchuma (1) who answers this question by saying that the word “Eikev” comes to teach us that if we listen to the commandments which one tramples upon with his “heels” (ba’akeivav), then all the blessings will come.

We could still ask, “Which Mitzvos are those that a person tramples upon with his feet?” Although there are famous answers to this question, we will share what might be a less-known one.

The Aron Eidus (Rabbi Shraga Yair, 1850-1910, Poland) suggests that the word “Eikev” refers to the Mitzvah of walking (with our feet and heels) to a Beis Midrash (study hall). The actual walking to a study hall is a Mitzvah, even if the person does not learn Torah when he gets there.

This idea is supported by a Mishna in Pirkei Avos (chap. 5, “Ba’asara Ma’amaros”, Mishna 17) that says that if a person goes to a study hall and does not do anything there, he still receives reward just for going there.

This is considered a Mitzvah that a person tramples upon with his heels, because he is not doing anything other than taking steps with his heels.

One reason for this reward is that even though he himself may not have learned anything there, he will nevertheless overhear others who are learning there. Although he may not be on a high level of scholarship himself, he will be able to absorb Torah lessons through other people who are discussing Torah teachings there.

Perhaps we could add another reason why such a person is rewarded. Although he himself may not learn Torah in the Beis Midrash, his very presence there reinforces the Beis Midrash and strengthens the others who have come there to learn, because there is power in numbers.

The Aron Eidus says that it is very important to designate a Beis Midrash that we visit regularly in order to hear the words of Torah that are being learned there. Just hearing words of Torah will expose us to a bright light and make a positive impact on us, even if we do not understand what the words mean (Pesicha to Eicha Rabbasi).

This is one way of interpreting the opening sentence of this week’s parsha. When we “Eikev” (walk with our heels) to the Beis Midrash, we will “Tishmi’un” (hear) the laws (Hamishpatim) and come to perform them (Va’asisem Osam) because we will have been moved by them.

Moreover, just by listening to Torah words, a person will feel spiritually awakened to the point that those words will illuminate his heart and he will eventually come to understand their meaning.

This too is hinted at in our pasuk, “V’haya Eiken Tishmi’un.” The word “Eikev” represents “the end” because the “heel” is found at the “end” of a person’s body. This teaches us that, “Eikev,” “in the end,” meaning eventually, “Tishmi’un,” one will come to hear and understand the meaning behind those very words (see Ba’al Haturim, Parshas Balak, 22:2).

This explains why the last letter of the three words, “Vihaya Eikev Tishmi’un” spells the word “Havein” (understand). It is to further drive the point home that eventually one will “understand” (Havein) those words of Torah, all because of the fact that he walked to the Beis Midrash and exposed himself to the holy teaching of Torah.

We could add that there is another Mitzvah that we can fulfil just by trampling upon it. That Mitzvah is living in the Land of Israel. The Gemara in Kesuvos (chap. 13, “Shnei Dayanei”, pg. 111a) quotes Rebbi Yirmiya bar Aba who said in the name of Rebbi Yochanan that any person who walks four cubits in the Land of Israel fulfils such a great Mitzvah that he is atoned for all of his sins, and he is guaranteed entrance into Olam Haba (the Coming World).

These two aforementioned Mitzvos: 1) walking to a Beis Midrash, and 2) living in Eretz Yisrael, compliment each other. This is because of a Gemara in Berachos (chap. 1, “M’eimasai”, pg. 8a) which basically says that Batei Midrash (study halls) in the Diaspora are considered to be embassies of Eretz Yisrael.

The Gemara in Berachos (ibid) goes on to say that the connection between the Beis Midrash and Eretz Yisrael is so great that just as dwelling in Eretz Yisrael grants longevity, so does spending time in a Beis Midrash grant longevity. By the way, the concept about living in Eretz Yisrael granting a person longevity is based on a pasuk in this week’s parsha which says, “In order to prolong your days and the days of your children upon the Land that Hashem has sworn to your forefathers to give them “(Parshas Eikev, 11:21).

For those of us who are, as of yet, unable to fulfil the positive Torah command of living in Eretz Yisrael (see Ramban, Parshas Masei, 33:53; also see Ramban’s comments on Rambam’s Sefer Hamitzvos, mitzvah #4), the urgency of attaching ourselves to a Beis Midrash is even more profound.

Perhaps we could suggest a practical way of taking one small step in the right direction regarding the Mitzvos behind the meaning of the word “Eikev.” Let us write down these two Mitzvos (going to a Beis Midrash, and going to Eretz Yisrael) on a piece of paper and hang it up on the fridge.

Each day, let us look at that piece of paper and ask ourselves, “What have we done today in order to try and make these Mitzvos more of a reality?” The will-power to do these Mitzvos will pave the way for us to be able to do them.

So, may we all be blessed to take even more small steps in a positive direction and connect with Batei Midrash, hear words of Torah, understand them, and merit to live in the Land of Israel in peace and security, speedily in our days. 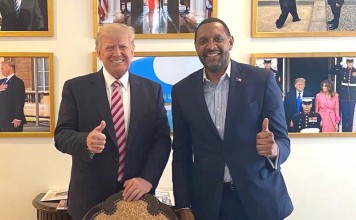 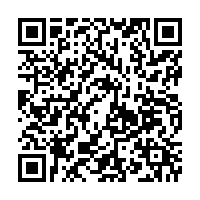