This week’s haftarah is the second in a series of seven comforting haftaros, the sheva d’nichemeta, which Chazal instructed us to read following Tisha B’Av.

The greatest of comforts is when the problem and loss is rectified. While the tikkun of the destruction of the Temple and the almost 2,000 years of galus will only take place when Moshiach comes, Yeshayahu HaNavi describes our dreams and what it will be like when all of Klal Yisrael returns to the Land.


“Zion said, ‘Hashem has forgotten me, my Master has forgotten me.’ [Hashem says] ‘Can a woman forget her baby, or not feel compassion for the child of her womb? Even if they would forget, I will never forget you…your walls are with Me always. Your children will quickly return while your terminators and destroyers will leave you’” (Yeshaya 49:14-18).

The mashal of a mother never forgetting her child brings to mind something Rav Yosef Dov Soloveitchik, the Rav, zt”l, once related:

“When a mother plays with her child there is an acute awareness of the child. But even when the mother works at a job or is distracted by some other activity, there is a natural, latent awareness of her child’s existence. This latent awareness remains throughout her entire lifetime and can never be extinguished. It is expressed in commitment, devotion, and in a feeling of identification, a feeling that I and the baby are one. The infant is the center of gravity of the parent’s lives. They feel they cannot live without their child.

“The same is true with regards to Torah. There may not be an acute awareness of Torah for twenty-four hours each day. But the latent awareness never ceases. When even the latent awareness – the commitment to Torah – is forgotten and is dismissed from mind, then one is “worthy of death.” This is the reason we say la’asok b’divrei Torah. La’asok implies that even when we are mentally involved with something else we are aware of Torah. This awareness of Torah should become part of one’s I-awareness. Just as I am always aware of my existence without having to walk around saying ‘I exist, I exist,’ so should I be aware of Torah.”

In the same way, Hashem is always aware of us, both acutely and latently, even if it is difficult for us to see His hand in exile.

The great comfort in the haftarah is the knowledge that one day we will all return to Eretz Yisrael. Of course, despite the obvious lack of ultimate redemption, to an extent, the prophecy of Yeshaya has already partially occurred. Though the State of Israel has essentially been in aconstant state of war during its 66-year existence, there is no question that its existence has caused amazing things to happen. Let’s review statements of rabbanim who have said this clearly. Somewhat surprisingly, the following statements come from what is known as the charedi world.

Rav Eliyahu Dessler (Michtav M’Eliyahu Volume 3, page 352) wrote the following in the late 1940’s, after the State of Israel was established:

“The fact that we are presently in the Holy land – it is difficult to classify these times as the beginning of the redemption (aschalta d’geulah)– nevertheless, great kindnesses from one extreme to the other have occurred. (We have gone) from the extreme of the suffering and destruction of six million of our brethren – Hashem should replace our losses – to the other extreme, the settlement of our nation in her country, the Holy land. From all this we must learn and internalize great faith into our hearts. Woe to anyone who comes to the great judgment day and remains blind to something as obvious as this.” 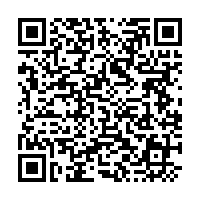