Through the ages, the city of Sodom has been a symbol of wickedness and evil. Its acts were so horrendous that Hashem destroyed it, unable to find even ten righteous people within its borders.


The reason the people were haughty was because Hashem had blessed their land with fruitfulness and plenty. The area was so rich and fertile that there was not a path or road in the entire city which did not have alongside it seven trees of seven kinds of fruits – such as vines, dates, pomegranates, almonds, apples, etc. – with each tree towering over the one next to it until every road was completely covered and shaded.

Wonders Of The Soil

Rabi Levi in the name of Rabi Yochanan said: “Listen, how thickly numerous were the leaves of these trees. It is well know that the Bar-Hadya (a species of vultures) has such remarkable keen vision that hanging high in the heavens he can see his food from a distance of eighteen miles. Nevertheless, the leaves of those trees were so thick that they afforded him no vision, so that the bird perched on top could not see the ground beneath.”

But this was the least of the blessings. When a Sodomite would go to the gardener and buy a vegetable for a nominal fee, upon taking it home and rinsing it off, wonder of wonders! Amidst the soil attached to the roots were particles of gold! Indeed, the riches of Sodom were unbelievable, and this was due only to the blessings of the Almighty.

The people of Sodom, however, did not rejoice in their good fortune; they were greedy.

“We luxuriate in splendor and the good life. Food comes from the earth endlessly; Gold and silver come forth from the soil; wherever one walks he treads upon diamonds and precious jewels,” they said.

“And if so what need have we for strangers entering our city and partaking of this wealth? They are merely parasites that will take and take. Let us gather and once and for all and create a policy which will forever wipe out the right of foreigners to enter our city.”

When the Holy One, Blessed Be He, saw this He declared: “Because you refuse to share the goodness that I gave you with others; because you would do away with strangers and outsiders – I instead will do away with you.”

The Twisted Laws Of Sodom

The people of Sodom instituted a tax upon all who entered the city. Those who entered by way of the bridge were compelled to pay four zuzim, while those who swam across were forced to pay eight zuzim. In their perverted justice they also declared the following law: Anyone who was injured by another so that blood flowed from his wound, was compelled to pay his attacker since he bled him!

It happened that a certain individual entered the city. The officials ordered him to pay four zuzim. “But I came by way of the river,” protested the man, thinking that he would not have to pay.

“Is that so?” said the officials. “In that case you must pay eight zuzim.”

“What kind of a weird land is this?” cried the man, and he began to struggle with the Sodomites. In the battle he was injured and began to bleed. Taken before the judges, he demanded that he be paid for the injuries inflicted upon him, but according to the law he was forced instead to pay his attackers.

It so happened that Eliezer, the servant of Avraham, was in the same courtroom while this was going on. He too was there because someone had injured him. Brought before the judge, he was told to pay as well. 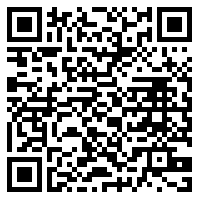