Although Shloimy was a little boy interested in playing with his cars and trucks, he still got excited each week when Shabbos was approaching. Friday was a busy day. After waking up early, saying Modeh Ani, washing his hands, and eating breakfast, the hustle and bustle would begin.

All of the cashiers at the makolet (grocery store) looked forward to seeing Shloimy. His cute smile, long blonde curls, and blue eyes were adorable. The adults enjoyed watching Shloimy push the shopping cart up and down the aisles, helping his mother get the final items needed for their Shabbos meals.


At home, there was a lot of cleaning and cooking that had to be done. Shloimy would help his mother braid the Challah. Then, he would take out his little toy broom and sweep the house.

As the day wore on, the house was whipped into shape, shining from all of the washing, scrubbing, and polishing.

The aroma that wafted into the stairwell from all of the delicacies cooking on the stove and baking in the oven whet the appetites of all their neighbors.

After all the showering, bathing, and dressing, it was time to light the candles. Shloimy loved standing next to his mother as she lit the candles. He enjoyed copying her motions as if he had his own set of candles.

Right before lighting, Shloimy’s mother took out two half shekel coins. She gave one of them to Shloimy, keeping the other one for herself.

“But mommy, I want to say what you said before I give it.” She wondered how she was going to explain the meaning of her words to such a young child. But, he was advanced for his age. After all, he was named for Shlomo Hamelech, the wisest of all men. So, this is what she said.

This week, besides the regular parsha, Mishpatim, we are also going to be reading a second portion called Shekalim, taken from parshas Ki Sisa (Ex. 30:11-16).

Parshas Shekalim discusses the mitzvah of giving the half shekel coin. Back in the day when we had a Beis Hamikdash, announcers would remind everybody on Rosh Chodesh Adar to donate their half shekel coins to the treasury of the Beis Hamikdash (Shekalim, chap. 1, “B’echad”, Mishnah 1, pg. 2a).

This annual donation paid for the years’ worth of animals to be used for all communal offerings. Since these animals were purchased on Rosh Chodesh Nissan, they already started preparing for this by giving the donations one month beforehand, on Rosh Chodesh Adar (Megillah, chap. 1, “Megillah Nikreis”, pg. 4a).

Since today we no longer have the Beis Hamikdash, we commemorate this mitzvah by reading about it in parshas Shekalim, on Shabbos Rosh Chodesh Adar, or on the Shabbos right before Rosh Chodesh Adar (Mishnah Megillah, chap. 4, “Bnei Ha-ir”, pg. 29a; Shulchan Aruch, Orach Chaim, 685:1-5).

The first time the Jews gave this donation was when they were in the wilderness. Hashem told Moshe that the half shekel coin would atone for the sin of the Golden Calf. Hashem showed Moshe a fiery half shekel coin that was carved out from underneath the Throne of Glory, and instructed him to tell the Jewish people to give half shekel coins similar to the one He had just shown him (Tanchumah, Naso, 11).

The Chiddushei Harim (Ki Sisa) says that Hashem also hinted the mitzvah of Shabbos to Moshe when He commanded him in the mitzvah of the half shekel. This can be seen in the opening verse of parshas Shekalim which says, “Ki sisa es rosh B’nei Yisrael (when you lift the head of the Jewish people; Ex. 30:12).

One connection between them is as follows. On Shabbos, we spend half the day serving God through prayer and Torah study. The other half of Shabbos is spent eating, drinking, and sleeping (Pesachim, chap. 6, “Eilu Devarim”, pg. 68b, Rebbi Yehoshua).

By Hashem accepting the physical materialistic “half” shekel coin from the Jews, it conveyed to them that God is willing to accept even the “half” of the day spent eating and drinking as Avodas Hashem (service of God). After all, the word “shekel” (spelled shin, kuf, lamed) serves as the acronym for “Shabbos Kodesh LaShem” (Sabbath is holy to God). This means that even the physical half of Shabbos is holy to God (Shvilei Pinchas based on Teshuos Chen, Reb Gedaliah from Linitz, one of the talmidei Habesh”t).

A second connection between the half shekel and Shabbos is based on the idea that Shabbos is married to the Jewish people. Shabbos is likened to the bride and the Jews are compared to the groom (Bereishis rabba, 11:8, Rashb”i).

The “half” shekel coin reminds us that we are only a “half” without our spouse, Shabbos. This thought encourages us to protect and observe Shabbos with even greater care (Shvilei Pinchas).

Therefore, it is not surprising to find that both mitzvos, the half shekel and Shabbos, atone for the sin of the Golden Calf. Since the Jews sinned in the sixth hour of the day, which is the “half-way” point of the day, we bring a “half” shekel coin to atone for it (Tanchumah, Ki Sisa, 10).

Shabbos also atones for the Golden Calf which was idolatry. The reasoning behind this is that idolatry places our trust in powers other than Hashem. However, Shabbos strengthens our faith in God for it demonstrates that God alone created the world, and no other power (Shabbos, chap. 16, “Kol Kisvei”, pg. 118b, Rebbi Chiya bar Aba in the name of Rebbi Yochanan; Ya’aros Devash, vol. 3, derush 3).

Since the half shekel reminds us to strengthen our Shabbos observance, it too atones for the idolatry of the Golden Calf.

Both the half shekel coin of fire that Hashem showed Moshe, and Shabbos, stem from the Kisei Hakavod (Throne of Glory). There are four angels who carry the Throne. When they do, they sweat from the trepidation of God Who “sits” on the Throne (Shabbos, chap. 1, “Yetziyos haShabbos”, pg. 10b; Chagigah, chap. 2, “Ein Dorshin”, pg. 13b, Dan. 7:10).

Since angels are made of fire, they sweat fire, resulting in a river of fire that flows from the Throne all the way down to the wicked in purgatory (ibid, Jer. 23:19).

However, ideally, the Jews are supposed to carry the Throne by themselves, without the assistance of the angels, just as the Patriarchs and King David did (Shelah, Ki Sisa, Torah Ohr; Bereishis rabba, 47:6; Zohar Tzav, pg. 28b;).

When the Jewish people are doing God’s will properly, they do carry it by themselves. This means that the Divine Presence rests upon the Jews. Then there are no angels, no sweat of fire, no river of fire, and no fire in purgatory.

This is yet another meaning behind “Ki Sisa”. We are supposed to be spiritually “uplifted” to the point that we “lift” the Throne. We can achieve this uplifting by “lifting” the word “rosh” to the word “Shabbos”, meaning by observing Shabbos properly.

The “half” shekel which told us that God accepts even the “half” of Shabbos in which we eat and drink, takes on even more meaning in light of these four meals and what they stand for.

Therefore, the verse says that on Shabbos, no fire may be kindled (Ex. 35:3). On a deeper level this means that even the fires of purgatory are not lit on Shabbos (Zohar Eikev, pg. 273a). This is because we use Shabbos to lift ourselves to the level of carrying the Throne, dismissing the angels. In their absence, there is no fire with which to burn the wicked in purgatory (Shvilei Pinchas).

When the Jews said, “We will do and we will obey” (Ex. 24:7), they merited to carry the Throne. Hashem hinted at this when He told Moshe to “grab the Throne of Glory” right before his debate with the angels (Shabbos, chap. 9, “Amar Rebbi Akivah, pg. 88b).

This meant to convey that Hashem preferred that Moshe carry the Throne and not the angels. Since Moshe was the Jewish people’s agent, it meant that God ultimately wants the Jews to be the bearers of the Throne, not the angels (Shvilei Pinchas).

However, during that period of time, when God was giving the Torah to Moshe, the very Heavens opened and the Jewish people saw one of the sides of the Throne of Glory on which there was engraved an image of an ox. The Jews were led to believe that the ox was a power unto itself. Therefore, they worshipped the Golden Calf which comes from the ox family (Shemos Rabba, 3:2).

In so doing, the Jews lost their right to carry the Throne. Instead, the angels would. This meant that the river of fire would flow once again on to the heads of the wicked.

Therefore, Hashem commanded Moshe to instruct the Jews to give a half shekel coin to remind them that they are only a half without their spouse, Shabbos. This would motivate them to adhere to Sabbath observance, strengthening their faith in the One God, and thus atone for the sin of the Golden Calf (Shvilei Pinchas).

Both the half shekel coin and Shabbos stem from the Throne of Glory, thus rectifying the situation of the Throne, where the Jewish people would be worthy of carrying the Throne once again.

Practically speaking, we could try an exercise this Erev Shabbos Shekalim. Before lighting the Shabbos candles, take a half shekel coin (or a half dollar for those living in the States), and right before giving it to Tzedakkah say, “With this half shekel coin I am reminded that I am only a half without my mate, Shabbos. Therefore, I hereby accept upon myself to improve my shmiras Shabbos a little bit more, including the Oneg Shabbos experienced during the four meals, and thereby strengthen my Emunah in Hashem a little bit more, fixing the sin of the Golden Calf, and thus deserve to carry the Throne of God myself, dismissing the angels, and thus remove the fires of purgatory.”

Shloimy’s eyes were open wide. This explanation stimulated his mind. He found himself swimming in so many Torah ideas. Although he did not grasp everything his mother was talking about, he realized that Torah is not only deep, but it is beautiful, fun, and filled with so much meaning.

So, may we all be blessed to follow in the paths of our forefathers and subsequently merit to sing the song of Shabbos all together. 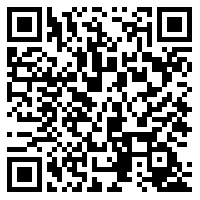