This Shabbos, Parshas Shekalim, we bentch Rosh Chodesh Adar, with Rosh Chodesh falling on Yom Rishon and Yom Sheini (Sunday and Monday, February 26 and 27). Thus we arrive at the apex of the zodiacal cycle, with Adar wrapping up our lunar calendar year.

We’ve navigated the highs and lows and in-betweens, beginning with Nissan (Aries), symbolized by the ram and marking the birth of creation. Iyar (Taurus), the sign of the black bull, comes next to signify the dark of the night that follows day. The twins of Sivan (Gemini), representing both the light and darkness of man’s world, are followed by the crab of Tammuz (Cancer), the weak creature of the sea depicting man’s yetzer hara.

In turn, we herald Leo of the month of Av, as man triumphs over his evil inclination with a lion’s strength, after which Elul (Virgo) arrives, bearing witness to man’s happiness like a bride at her nuptials. The scales of Tishrei (Libra) are soon seen on the horizon, measuring man’s deeds and transgressions that cause him to descend like the scorpion of Cheshvan.

Teshuvah redeems him and catapults him from Purgatory like an arrow from the bow of Kislev (Sagittarius). Man then emerges like a newborn kid, hence the goat of Teves (Capricorn). Come the cleansing waters from the pitcher of Shevat (Aquarius) to purify him – and here we are, at the zenith of our year, about to revel in the joyousness of Adar (Pisces), a mazel’dik month symbolized by the ever-proliferating fish that serve as a paradigm for unpretentiousness.

Speaking of which… Esther, our heroine, sets the “hidden” tone in our intriguing Purim megillah (literally, disclosure). Her name in and of itself is revealing. Seiser, its root, means hidden, while the first letter of Esther, the aleph with its numerical value of one, stands for the One Who worked His miracles in a veiled manner. From the start, when a replacement was sought for Vashti, Esther concealed herself. Even as she was eventually forced to come out of hiding, she continued to keep her origin secret, as Mordechai feared that the revelation of her blue-blood ancestry, as a relative of King Shaul, would render her an even more fetching catch for the king.

Hadassah, Esther’s other name, is suggestive of her virtuous character, for the righteous are likened to hadassim, the fragrant myrtle bush that endures through summer and winter – like the tzaddikim who prevail both in this world and the next.

Water, this month’s element, is symbolic of the living waters of Torah and conveys both modesty and humility. The letter Kuf, associated with Adar, symbolizes kedusha (holiness). The Ari associates the month with the nose and the sense of smell. Naftali, the tribe of the month, is illustrative of one who is totally satisfied with his lot and is blessed by Hashem as a result.

Those born in Adar are charitable, great listeners and good companions. At the same time, they have a need for validation; they want to be respected and liked, are sensitive and hurt by criticism, and are often moody. True to the nature of Purim, they make great actors and jokesters and, while they are caring and understanding, they can be deceptive. An inborn strength can motivate one born under the sign of Adar (adirus, strength) to achieve great heights and transform physicality to spirituality, thereby meriting divine intervention and assistance via seemingly ordinary events, as unfolded in the story of Purim.

On the third day of her fast, Queen Esther donned her royal finery ready to approach the king. She shed many tears in prayer to Hashem, beseeching Him not to abandon her in her time of great need in the merit of her righteous forebears. Escorted by three handmaidens, she arrived unannounced to the fourth of seven antechambers, startling the king’s guards who were ready to prevent her from getting any closer to the monarch. But Esther’s fervent prayers reached the Heavenly Throne and the guards miraculously allowed the queen free passage.

When the king spied the queen approaching, his rage at her flagrant disregard of royal protocol – coming to him without prior approval – manifested itself in his flaming countenance and fire in his eyes. His watchmen, about to pounce on Esther, were already relishing the prospect of dividing the spoils among them: who would win her jewels, who her royal robes, etc.

By this time, the fright that gripped Esther left her drained of energy and her head slumped to the side. Hashem’s compassion was instantly aroused for the anguished and orphaned queen who relied solely upon Him. Angels from above set about their divinely-assigned tasks without further ado. Two angels busied themselves with Esther – one lifted her sagging head upright, the other infused her with an irresistible charm. The angel Michael elongated the golden scepter so that Esther could reach its tip, then shortened it as she closed the distance between them.

When the king assured Esther that the rules of royal etiquette did not apply to her and that she could come to him whenever she so desired, Esther raised her voice and scolded him about his obvious indignation. When she did not immediately oblige him with a response as to her motivation for her impromptu visit, the king began to weep. What a miraculous turnaround for one who was once so incensed over Queen Vashti’s refusal to obey his command that he had had her done away with.

The miracle and lesson of Purim corroborate the teachings of our leaders and tzaddikim of each generation: Prayer and teshuvah effect salvation for the Jewish people, in those times and in our days. “La’yehudim hoysah orah v’simchah v’sasson vikar – The Jews had light and gladness and joy and honor.” Light alludes to Torah, gladness to Yom Tov, joy to milah and honor to tefillin. 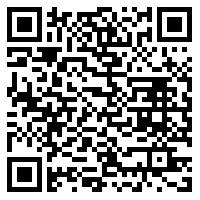