The Inauguration of the President of the United States has become both a complicated and expensive process. It begins with a meeting at the White House between the incoming and outgoing First Families, followed by a joint drive to the Capitol for the actual ceremony. Weather permitting, the inauguration is followed by a parade down Pennsylvania Avenue. At the conclusion of the parade the new First Couple must quickly change attire in order to attend the many galas and balls being held in their honor that evening.

Interestingly enough, much of what transpires is dictated by tradition. The Constitution itself dedicates a very limited amount of space to the inauguration. The current date is set as January 20th, as per the 20th Amendment, ratified in 1933. The text of the oath of office is presented in Article 2 Section 1 of the Constitution. It is a mere 35 words. Yet this almost matter-of-fact item in the Constitution has become one of the hallmarks of our democracy.


Congressional historian Donald Kennon explained: “It’s probably safe to say that the presidential inauguration is the transcendent ritual associated with the rise to power of a representative government. Unlike the coronation of a monarch or any ritual associated with the rise to power of a dictator or autocrat, the inauguration of the American President is a cyclical, regularly scheduled event held every four years. The regularity of presidential inaugurations lends a sense of reassuring stability, continuity and permanence to a political system that permits turnover in office holders and change in policy agendas. Moreover it is a peaceful change in government, unlike the violence that so often has accompanied a change in head of state elsewhere” (www.fpc.state.gov).

Among the many customs that have developed with respect to the inauguration is its location. Aside from extenuating circumstances, it has almost always taken place at the location of the legislative branch of government. Weather permitting, the President is escorted by a Congressional delegation from within the Capitol confines outside to take the oath in front of the American people. It is this fact, that the president takes the oath at the Capitol which interested me in this topic. My research question was, why?

A Google search found quite a non-scholarly suggestion (who knows? Perhaps it contains a kernel of truth). A person suggested that due to the previous president moving out of the White House and the new president and his staff moving in, the White House would be way too busy of a place to have the ceremony there. Therefore a different venue needed to be chosen – so why not the Capitol. However, Dr. Kennon offers the following possibilities.

The first reason he suggested is precedent. When George Washington took his oath of office, he went to Federal Hall in New York City where Congress was meeting at the time. A second reason Kennon suggested has to do, “with the fact that Congress is the first branch of American government. The first Article of the Constitution created Congress. It was the Continental Congress, after all, which led to the American Revolution. It was a legislative revolution, if you will.” It is held outside, in front of the people, to declare to the world that ultimately the president is answerable to the American people.

This idea, that when it comes to people in power the symbolism of location matters, is highlighted by the commentators at the beginning of this week’s parsha. The Torah begins the parsha with a discussion of the laws that Moshe needs to teach Bnei Yisrael. Rashi, in his commentary on the first pasuk, addresses why the discussion of societal and judicial laws is placed immediately following the Torah’s discussion of the mizbayach at the end of the previous parsha. Rashi explains that with this juxtaposition, the Torah is instructing us that the seat of the Sanhedrin must be established within the confines of the Beit Hamikdash. The anthology Iturei Torah relates the following explanation in the name of the Shlah Hakadosh’s son. Rav Horowitz explains that a major function of the Sanhedrin was to ensure the genetic purity of the Kohanim who served in the Beit Hamikdash. To effectively carry out this responsibility, the Sanhedrin needed to be located in close proximity to the Temple.

The Mei’ana Shel Torah quotes the following explanation from the work Avnei Eizel (which was actually an unpublished manuscript of the compiler of this anthology, Rav Zusha Friedman). For most of the nations of the world, the laws governing interactions between people are conventions set up by citizens to enable their society to function. They are bereft of any Divine influence. However, such laws within a Jewish society are very much religious laws as well. To demonstrate this point the Sanhedrin, which was ultimately responsible for all legal aspects of society, was housed in the Temple. By being there it was made clear to all that, for Jewish society, the interpersonal societal laws were Divine in origin, just as the ritual laws were.

The Soul of Israel: The Showbread Miracle – The Secret to Financial Spiritual Health [audio] 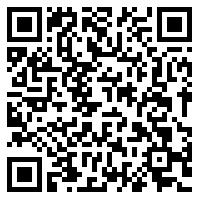