Over the past year, KeepJerusalem has been keeping you informed in these pages about developments in Jerusalem that are likely to affect its Jewish future, for better or for worse. We strive to educate readers regarding the importance of a United Jerusalem under Israeli sovereignty.

Unfortunately, but certainly not surprisingly, a counter-organization exists whose purpose is precisely the opposite. Its name is Ir Amim, or “City of Nations” – a name that indicates its very goal: To blur the specifically Jewish character of Yerushalayim, and to render the city more “international.” Its goal is “a more viable and equitable city for the Israelis and Palestinians who share it… [that] ensures the dignity and welfare of all its residents and safeguards their holy places [and] historical and cultural heritages.”


In short: not the city of King David, but that of Arabs, Christians, Jews, Greek Orthodox, and anyone else who happens to jump on the bandwagon.

Interestingly enough, the biblical vision of Yerushalayim is also one of “all the nations” – but only after the Beit HaMikdash is built and sacrifices are once again offered there. As the Prophet Isaiah says (56:7), “I will bring [those who join God’s covenant] to My Holy Mountain, and gladden them in My House of Prayer…for My House shall be called a house of prayer for all peoples.”

Anything having to do with the Beit HaMikdash, of course, is the antithesis of Ir Amim’s vision for Jerusalem. The organization even opposes archaeological excavations carried out by the Elad organization to uncover more Jewish links with the Temple Mount area.

In July 2010, for instance, Ir Amim requested that the Supreme Court remove the City of David National Park from Elad’s management and return it to the direct administration of Israel’s Parks and Nature Reserves Authority (SPNI). And who heads the SPNI? It was announced this week that it will be ex-Knesset member Chaim Oron – who at the same time left his position as head of the radical left Meretz party.

As opposed to groups such as the Committee for the Prevention of the Destruction of Temple Mount Antiquities and the Temple Mount Heritage Foundation, what else does Ir Amim strive for? It website says it aspires “to a sustainable political future for Jerusalem, achievable only through a negotiated process between Israel and the Palestinians.”

Such a “negotiated process,” of course, means nothing less than a divided capital city, with clear negative ramifications regarding Israeli control in many other areas. It will also impact gravely on personal security in the city, and certainly a loss of Jewish control over the Jewish People’s historic capital and most sacred sites. Even the construction of new Jewish neighborhoods in areas under Jordanian control between 1949 and 1967 – no matter how far from the Old City – is opposed by Ir Amim.

For instance, Ir Amim writes: “Two planned massive construction projects, Mevasseret Adumim in E1 [near Maaleh Adumim] and Givat Yael in southern Jerusalem, have exceptional significance for the political future of Jerusalem. If they are built they will constitute barriers that will separate the West Bank from East Jerusalem; construction in E1 will also disrupt the contiguity between the northern West Bank and its south. [These] plans will severely impede the possibility of reaching an agreed settlement on the question of Jerusalem.”

It is clear, therefore, how critical such neighborhoods are to the future of Jewish Jerusalem.

Who helps Ir Amim achieve these goals? Most prominent among its declared supporters is no less than the European Union itself; its positions regarding Jewish Judea and Samaria, the Temple Mount, and the “peace process” well explain why it supports Ir Amim – thus snatching for foreign countries undue influence over internal Israeli policies. NGO Monitor reports that nearly three quarters of Ir Amim’s 20009 budget derived from European governments!

* The Jacob and Hilda Blaustein Foundation, which seeks to “strengthen Israeli Democracy” and “promote liberal and pluralistic approaches to Judaism;”

* The New Israel Fund, which has a strong and notorious history of supporting anti-Israel campaigns.

Meet the staff: Chairing Ir Amim’s Board of Directors is Dr. Yehudit Elkana, billed as “active in Machsom Watch and peace organizations in Jerusalem.” Machsom Watch is a group of women who stand at IDF checkpoints and oversee the soldiers as they check potential terrorists, thus interfering with their work. Likud MK Ophir Akunis has described Machsom Watch as “politically subversive” and with a “goal of besmirching IDF soldiers throughout the world and then assisting in placing officers and senior officials on trial.” 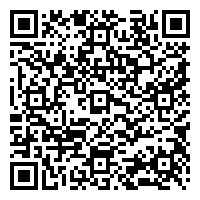