I share thoughts in this venue by the good graces of my friend Rabbi Francis Nataf. Last time I broached the challenge we have in believing Zecharyah’s prediction of a time when nations would need to make pilgrimage to Jerusalem every Sukkot to get rain, Rabbi Nataf suggested it would be worth addressing the underlying question, why it should matter whether we believe in miracles in a real way.

Luckily, Parshat Noach offers us the opportunity. The way Rashi understands the story, Hashem has Noach build the ark for a hundred and twenty years, during all of which time everyone around him doubts or mocks his story. (It’s not our concern right now, but it’s worth pointing out that we laud Avraham for standing up to the rest of the world with his belief and ignore Noach’s having done so as well, according to Rashi.)

His contemporaries would not, could not, believe Hashem could bring a flood of the kind he told them was coming. Nor could they, or would they, accept his warning of the risk of annihilation they faced. (We would profit from considering the dynamic of a prophet bringing an unwanted message, the urge to ignore and revile the prophet for his/her negativity, and how that redounds to people’s loss or destruction).

Miracles remind us the world has more to it than the regular patterns we insist are all there is. Ramban says it most clearly and forcefully. Miracles show us Hashem as a still-involved Creator, fully able to do anything and everything. For Ramban, Hashem structured the Exodus precisely so we could always know how radically Hashem can change what we assume is the way the world must work. take as necessary.

It’s a hard message, because we like control, and do well (increasingly well, with time) at controlling our surroundings. We build towers (as did the generation of the Tower of Babel, who also thought they could conquer the world completely), machines, magnificent societies and cultures. As we should, as Gd told us to do.

But we enjoy that control, and many of us refuse to admit its limits, or the corollaries which come with those limits, the need to accept Hashem’s messages and commands without question when they come.

The Mistake We Make With Rambam

All that’s well and good for Ramban and his fellow-travelers of a more mystical bent, comfortable taking miracles at face value and worshipping a radically Other Gd. Those who prefer a more rational and rationalistic view seek refuge in Rambam. Many quote his view of the ten items Avot 5;6 says were created on the sixth day of Creation towards evening. Rambam says the Mishnah means Hashem embedded in the original creation all those phenomena we see as miraculous. Nature has a regular pattern and it has extraordinary events, but all were anticipated by the end of the six days of Creation.

It sounds like Rambam rejects miracles, but for the small problem of the previous Mishnah, which referred to the ten miracles at the Splitting of the Sea. To appreciate the implicit message of Rambam’s reading of those miracles, I want to remind you of how he opened his commentary to Avot. In contrast to his usual practice, he said, he would not necessarily comment on each Mishnah, only those which convey important character lessons. He could have left the Mishnah about the Sea uncommented, in other words.

Instead, he gives a lengthy description of the miracles, seeing them as farther from natural than necessary. For one small example, he thinks the water stood up and then made a roof over the Jews who passed through (he describes it as like a tunnel carved into the water, except I think he meant the water formed a flat roof).

The comment shows Rambam is not afraid of sharp divergences from ordinary Nature. His point about it all being part of Nature was a more philosophical one, a way to avoid saying Hashem acted or changed, because he thought change meant imperfection.

The Mishnah about the ten items gave him an out: the world has events we cannot but see as miracles, but they’re not Hashem changing Nature, they’re the unusual aspects of Nature Hashem placed there at the start.

The point is esoteric in that it doesn’t mean what people take it to mean. He was not denying the types of events we call miracles, he was seeing them as part of the world. So if people want to believe a Flood can come and wipe out the world (or, as the second paragraph of Shema says, drought will be one reaction to the Jewish people worshipping other gods) because of some as yet unknown codicil to the laws of Nature, that does not change the fundamental point: the world we see is not the entirety of what is.

There is a supernatural/metaphysical element to Nature, which we can ignore for long periods of time. Until we can’t, as Noach’s contemporaries discovered, to their chagrin and doom. As we read Noach, and remind ourselves of the possibility of miracles, we also help ourselves avoid falling into their trap. 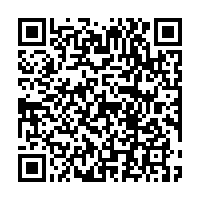