“Nuts!” This is arguably one of the most famous responses in military history. On December 22, 1944, during the height of the Battle of the Bulge, the German commander sent a message to the American commander, Brigadier General Anthony McAuliffe, that presented him with surrender terms. The American position was precarious at best, and the Germans thought that surrender was the only option open to them. Upon receiving the message at his headquarters, General McAuliffe, the local commander, exclaimed, “Nuts!” and that was ultimately the official response transmitted to the Germans. There would be no surrender.

We have written previously about this episode. The Americans held out and the Germans were eventually defeated. Though the Battle of the Bulge consisted of some of the hardest fighting of the war, it ended up being the last serious offensive effort on the part of the Germans. It was only a matter of time after this loss that the Germans capitulated entirely.


In this article I want to focus on a different point.

General McAuliffe demonstrated true leadership that day. The interesting fact is that he was not the official American commander of the 101st Division. The actual commander was General Maxwell Taylor. However, Taylor was in America at the time. The Allied high command believed that things would remain quiet in his sector and sent Taylor stateside for meetings. McAuliffe, who was the artillery commander, assumed temporary command from December 5-26. What is striking is that although McAuliffe was only acting commander for a few weeks, he managed to make a difference in history.

The lesson for all leaders is that no amount of time is too small when it comes to making a difference. Effective leaders understand this and know how to identify the right moments and take advantage of them to make their mark.

In this week’s parsha, Moshe understood the spiritual level Bnei Yisrael were on following the first Yom Kippur. He took advantage of this opportunity and gathered them all together to discuss the importance of Shabbat and the need to build the Mishkan. Even though their spiritual high would only last a short while, Moshe realized that it was a golden opportunity to instruct them in ways that would have a lasting impact.

More to the point, we see this idea alluded to in the Hagadah. The Hagadah quotes R. Elazar ben Azarya as saying he is “like 70 years old.” How was he like 70? The Gemara in Berachot (28a) tells us that when he was appointed leader of the people in the aftermath of Rabban Gamliel’s removal, he was concerned that his youthful appearance would hinder his success. Hashem, therefore, miraculously made his beard as white as that of a 70-year-old man. There’s more to the story, though. The Gemara relates that his wife warned him that the rabbis might change their mind and reinstate Rabban Gamliel. R. Elazar responded that it’s better to serve at least one day as leader than no days at all. Rabban Gamliel actually was shortly reinstated, but during his short tenure R. Elazar managed to change the admission policy of the yeshiva which in turn changed the entire educational and cognitive dynamic of the Beit Midrash. Although he served for only a short period of time, R. Elazar managed to start a revolution with long-lasting effects.

Leaders should learn this lesson. No opportunity is too small to make a difference. As parents, we should take this lesson to heart as well at the Seder. We should never discount the power of a good word or meaningful thought that we share with our children that night. Who knows? Maybe we will say something that will change our children forever. 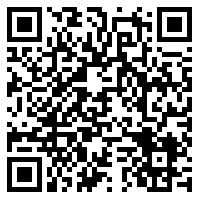