It was the first event of its kind, and hundreds of ambitious men and women filled the Jerusalem Gardens Hotel on Wednesday, March 7th, to participate in the Anglo-Israeli Empowerment Conference, hosted by the Orthodox Jewish Chamber of Commerce’s Israel branch. The energy was palpable in the air and the diversity was stark: all ages, all industries, from different cities, and different religious/ethnic backgrounds.

Participants heard from over a dozen VIP presenters who tackled a range of topics of importance for the Anglo-Israeli entrepreneur and professional. The keynote address was delivered by internationally acclaimed entrepreneur, author and speaker Jon Goldman, who traveled from Baltimore. Other presenters included Marc Zell, a prestigious attorney and Chairman of American Overseas Israel, in addition to other prestigious attorneys, business coaches and marketing gurus.


In addition, over three dozen exhibitors showcased their business and/or services, helping both them and attendees build new relationships and take their financial dreams to the next level. Exhibitors ranged from prestigious banks to small and midsize businesses, each of whom had substantial services and experience to offer the Anglo-American community.

There are myriad unique aspects related to the business efforts of Americans, Europeans and other “Anglos” who move to Eretz Yisroel. They include cultural differences, and tax/regulatory legalities related to international business operations. Until now, there were few, if any, resources targeted to this sector, great limiting their opportunities and forcing many to continuously commute to their native countries in order to earn a living.

Unfortunately, in previous years, many Anglo-American businesses suffered severe losses and/or were forced to close, as they owners struggled to navigate these complexities.

With the Orthodox Jewish Chamber of Commerce’s Israel branch in full swing, the windows of opportunity have been opened wide. The Chamber’s unrivaled global network of business leaders, grassroots entrepreneurs and government officials in various nations offers the Anglo-Israeli invaluable information, guidance and networking power. Indeed, the networking at the event between attendees and exhibitors and among themselves, already forged countless business connections with the potential to make a transformational difference in participants’ endeavors.

“This event had a nice energy; people were friendly and genuinely enthusiastic about connecting and helping others,” remarked Ira, an attendee. “It’s very important for Anglos living in Israel to connect, network, and explore opportunities. There’s a lot of talent and passion in the community and it’s a shame for any of it to remain untapped.”

“It was a profitable and useful day for us, even though it was quite hot in the sun,” quipped Raizel, another attendee, who is in the computer industry.

Indeed, the significance of this long-overdue event and infrastructure was recognized by many diverse forces in Anglo-Israeli community life, including renowned poseik Rav Asher Weiss shlit”a, who lamented that many olim were forced to leave Israel due to business struggles; Nefesh B’Nefesh, co-sponsor; and, last but not least, the Jerusalem Gardens Hotel, which graciously hosted and partnered in the event.

Duvi Honig, Founder and CEO of the Orthodox Jewish Chamber of Commerce, expressed enormous appreciation towards all presenters, exhibitors, sponsors and others who helped make the event such a success. In particular, he points to the Executive Committee of the Chamber’s Israel branch – a diverse group of energetic business and community leaders – as being the backbone of the branch and its innovative initiatives.

“It is a monumental kiddush Hashem to see yidden empower each other in yet another part of the globe, all the more so in the heart of Eretz Yisroel,” says Duvi. “The only complaint I got was that not enough people knew about the event, and so many more can benefit. With Hashem’s help, we will work with our partners to empower even more of our brethren around the globe.” 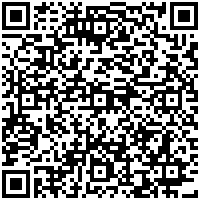