This is another haftara that we don’t get to read very often, in this case because of all the special Shabbatot that precede Pesach. The episode is a classic one, too – Eliyahu on Har HaCarmel. When we remember Hashem’s great acts of historical heroism in our Selichot prayers, this is one of those moments we invoke: “Answer us as you answered Eliyahu on Har HaCarmel!”

The wicked King Achav and his evil wife Izebel have slaughtered all of the prophets of Israel except for one – Eliyahu HaNavi. They are searching for him so they can hunt him down like they did all the others, but Eliyahu comes to them. He challenges them to bring all of the prophets of the Baal to Har HaCarmel and everybody will see once and for all who is G-d.

The classical commentators present a scenario which is perhaps not altogether unfamiliar to students of Jewish history. The people of Israel respect their traditions and take pride in their history. In their hearts they still serve Hashem as well as circumstances will allow at this moment in time. But the Baals enjoy great popularity in the Middle East, and all civilized people of the era celebrate the holidays and observe the veneration of Baal and Ashera. When Eliyahu demands that the people choose a side, the navi tells us that the nation of Israel does not answer. (Melachim I 18:21).

Ralbag explains that the people were confused. In their hearts they knew it was wrong to turn away from Hashem to serve the Baals, but they had been doing it for so long and the worship of Hashem had come to seem very old-fashioned to them. They wanted to follow the Jewish religion, but they had come to believe in the superstitions and the magic of Baal and Ashera. They didn’t answer Eliyahu because they could not do so. They no longer knew which god they followed and they didn’t want to be forced to choose. They wanted to be able to be Jews in name and proclaim their loyalty to the G-d of Israel, while still allowing for the veneration of Baal in their hearts.

Eliyahu confronts them with the impossibility of being on both sides at once. Ralbag says that the people knew it was incongruous – irreconcilable – but it made them feel good to try to be on the side of G-d while at the same time siding with the king and queen. Eliyahu is putting them on notice that you can’t have it both ways. The language he uses echoes through the centuries. It is a very famous statement but not so easy to understand. “Vayigash,” and he approaches the entire nation of Israel. This is already a strange construction. (The same word is used when Yosef and Yehuda stand off over the fate of Binyamin.) Eliyahu is whispering in their collective ear, “Until when will you lurch between two contradictory positions?”

The words are difficult to translate. The navi uses the word “seifim,” which we translated above as “positions” following Radak and Rashi. The Midrash on Tehillim (119:29) says that anytime somebody goes off the path set for them by Hashem, this is described as “seifim.” (Rashi probably had this Midrash in mind in his commentary.) Eliyahu describes the people as “poschim,” from the root of piseach, one of the imperfections that invalidates a kohen for service in the Beit HaMikdash. The piseach is off balance – he lurches from side to side. He doesn’t know which leg to plant or which way he will turn. Eliyahu is telling the people of Israel although they think they’re being clever and covering all angles, they can’t actually be on the side of Hashem and on the side of Baal. As Maharal says, if Hashem is G-d then there is no value in serving the Baal; if the Baal is god then there is no single G-d to exclude all others.

Israel must choose a side – either Hashem or the Baals. 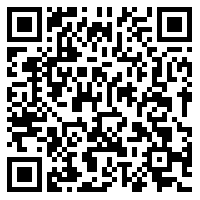