The Israel Police and the Shin Bet security agency arrested another two Arabs on suspicion of involvement in an arson attack on a Jewish house in the Shimon Hatzadik (Sheikh Jarrah) last Saturday.

Arab terrorists threw Molotov cocktails at the home of Tal Yoshubiev at Shimon Hatzadik neighborhood on Friday night. A fire broke out at the scene, but there were no casualties as the Yoshubiev family was not at home on Saturday.


The Yoshubiev family has suffered from repeated harassment on the part of the Arab residents of the neighborhood, who have burned his vehicle nine times. His house is located a few hundred meters away from the national headquarters of the Israel Police, and about 200 meters from a Border Police base.

The police launched an investigation with the Shin Bet following the attack, which led to the arrest of the two suspects, after another two suspects were arrested on Monday.

The two suspects arrested Wednesday night, residents of eastern Jerusalem, were transferred to the Shin Bet for interrogation and later the police are expected to request the court for an extension of their detention.

During a search of one of the suspects’ homes, eight ready-to-use Molotov cocktails, a mask, and gloves were seized, and the investigation continues.

Several other terror suspects have been arrested for the repeated attacks on Yoshubiev’s cars.

The firebombing incident set off yet another chain of events in Sheikh Jarrah which led to violent clashes between police forces and Arab rioters in recent days, during which dozens were arrested and several were wounded.

The Shimon Hatzadik neighborhood has been the scene of multiple Arab attacks against the Jewish residents, whom they want to leave the area. 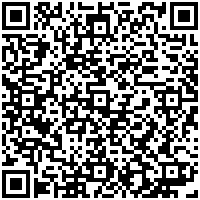