Terah, Avraham’s father, is often viewed as an evil man and nothing more than an idol worshipper. A review of the text indicates otherwise.

First, Terah’s son, Haran, dies during Terah’s lifetime. The Torah’s description of his demise – “in the face of his father Terah” – expresses Terah’s deep pain (Genesis 11:28). This is certainly understandable. After all, the way of the world is that children sit shiva for parents, not the reverse.


Second, Terah acts with great responsibility toward his family. Rather than leaving Haran’s child Lot to be raised by others, Terah takes him in. This is truly a noble deed, especially when considering the pain Terah felt upon losing his own child.

Notwithstanding this suffering, Terah has the inner strength to raise his grandchild as his own (Genesis 11:31).

Third, Terah seems to understand the importance of the land of Israel. Years before Avraham is commanded by God to go to the Holy Land, Terah decides on his own to do so. He instinctively recognizes the centrality of Israel (Genesis 11:31).

Finally, Terah must have been a man of considerable spiritual energy. Consider his three children: Avraham, of course, would become the first patriarch. Nahor’s granddaughter was Rebecca, who would become the second matriarch. And Haran’s son, Lot, fathers Moav from whom Ruth and King David were born, and from whom the Messiah will one day emerge.

Of course, Terah was no Avraham. God does not speak to him. He sets out to the land of Israel but never arrives. Still, the Torah, as it begins the narrative about Avraham and Sarah, seems to underscore the contribution Terah makes to the development of the people of Israel.

Unfortunately, it is too often the case that successful children forget the roles their parents played in shaping their personalities and careers. It shouldn’t be this way. Children should always be aware of the seeds planted by their parents and grandparents.

Thus, it is important that we appreciate Terah, the father of the Jewish people. He was the foundation from which the patriarchs and matriarchs emerged. Hence his name, Terah – from the word ruach, spirit. Indeed, it was from Terah that Am Yisrael would be born. 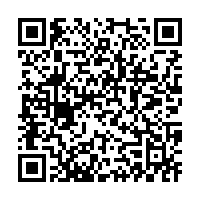