Has the State Department just pulled a fast one and proclaimed “Palestine” a state?

Or, as happens so often in these State Department press briefings, did the spokesperson merely repeat a phrase asked by a reporter, not realizing the ground-shaking implications of the statement?

Toner was responding to a female reporter who said, “As I understand it, Secretary Kerry will be meeting with King Abdullah [of Jordan] and with Palestinian President Abbas.”

Toner responded to the reporter, but he also appeared on the video of the briefing to be checking his briefing book when he said, “so, yeah, he is going to be – I’m just checking my – yes, he is supposed to meet Saturday with King Abdullah and then, as you said, I believe separately with Mahmoud Abbas, president of Palestine.”

In terms of the proposed substance of those upcoming conversations, Toner said that just as the Secretary met with Israeli Prime Minister Netanyahu today, Kerry was trying to “come up with concrete ways that, as we’ve said, all sides involved in this can take affirmative steps to reduce tensions.”

If the U.S. State Department is seeking to reduce tension in the region, intentionally or even mistakenly elevating the Palestinian Authority to the status of a state in the course of a press briefing is not the way to go about it. 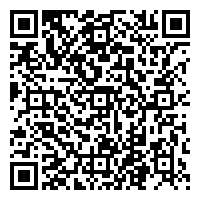