While most of those who have become seriously ill from the novel coronavirus are over 60, some are quite younger.

Among them is Rabbi Yehuda (Yudi) Dukes, aged 38. As director of JNet, an organization that pairs people around the world to study Torah over the phone, he has the merit of many thousands of Jews who, but for him, would have little or no connection to Yiddishkeit.

We say in Maariv concerning Torah and mitzvos, “For they are our lives and the length of our days.” Connecting Jews with the Torah – the source of our lives – connects them with G-d, their ultimate source, giving them a higher direction and purpose in life. Only when a Jew studies Torah does he or she gain some minute perspective into G-d’s overarching view of the world and the reason for its creation and our purpose in this creation.

Just imagine, then, how much merit Yudi has accrued over the last 15 years as head of JNet. Thanks to him, many thousands of Jews around the world, even in the Far East and Africa, have reconnected their G-d-given soul – their pintele Yid – with its source. Every week (sometimes several times a week), their chavrusa reinforces their Jewish identity and inspires them to become more observant. That makes Yudi a true hero.

Unfortunately, after falling victim to the virus on March 22 and lying sick at home for a week, Yudi was hospitalized in the intensive care unit in NYU Medical Center on March 30. When his lungs collapsed, he was placed on a ventilator. Since then he has been comatose.

His wife Sarah, and their six children, aged 2 to 13, talk to him every night over the phone. She composes music that she plays for him on her piano, convinced that he hears it and that it will help him recover. Thousands of Jews around the world, both those benefitting from his chavrusa connections and many others who emphasize with his plight and that of his family, have been praying for his speedy recovery.

Until he got sick, Yudi, of course, had never missed a day of wearing tefillin since his bar mitzvah. In his present situation, he is halachically exempt from fulfilling this fundamental mitzvah. Nevertheless, his wife felt it could help him spiritually if others volunteered to start observing this mitzvah on his behalf, and she made a public appeal for men and teenage boys to do so. Since then, almost 100 men have volunteered to start wearing tefillin daily in Yudi’s merit, including Jews from as far away as Germany!

Others have committed themselves to fully observing Shabbos and kashrus in Yudi’s merit. Thus, even while fighting for his life, Yudi is making far-reaching positive improvements in our world.

Deeply inspiring is the optimistic attitude of Yudi’s wife, Sarah, who is convinced that he will soon have “a speedy, smooth and complete recovery so that he can wake up and experience this new world, filled with so much more beauty, light and unity that all of us created together.”

Alongside the wonderful heroes who put their lives at risk to help others, we should remember the heroes who, even before the present emergency situation, devoted their lives to helping their fellow human beings, whether materially or spiritually. Yudi certainly qualifies in that regard and he deserves all our prayers.

May Hashem immediately send a complete recovery to Chayim Shneur Zalman Yehuda ben Hinda Yocheved so that he can rejoin his family in good health and happiness. Amen. 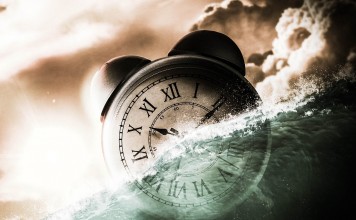 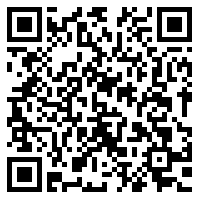