This week, I was lucky enough to acquire a first edition Shem Hagedolim by Rabbi Chaim Yosef David Azulai, more commonly known as the Chida (1724-1806). 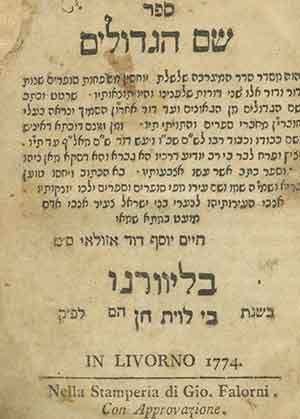 Born in Jerusalem, he authored over 120 works, 50 of which he published during his lifetime. In 1755, due to his great scholarship and abilities, he was elected to represent the Yishuv of Eretz Yisrael.

He traveled throughout Europe and North Africa raising funds for the impoverished Yishuv and left a lasting impact on numerous communities along the way. His travels also gave him access to many libraries and collections of Hebrew books and manuscripts.

In every community, he attempted to find and document any rare or unusual manuscript. During trips to Italy and France, he also visited non-Jewish libraries that had rare Jewish works (some of which appear to be lost to history at this point).

He recorded the information he compiled regarding sefarim and their authors in Shem Hagedolim, which contains an alphabetical list of authors of sefarim followed by a list of known sefarim.

Amazingly, the Chida wrote this sefer from memory while he was in confinement in Livorno, Italy in 1774. The authorities there imposed a 40-day quarantine on every visitor to the city due to their fear of epidemics.

Interestingly, already at an early age, the Chida focused on the details of sefarim. At 16, he wrote Ha’alem Davar, which contains a list of errors he found in sefarim relating to chronology and the identity of authors. 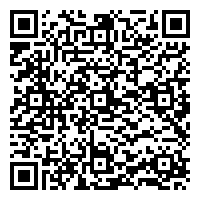