The reading of Parshas Zachor, which recounts Amalek’s savage attack against Klal Yisroel shortly after Yetziyas Mitzrayim, is Biblically mandated.

Our custom is to read the three verses of this parsha on the Shabbos before Purim after the weekly Torah reading. The reason we do this right before Purim is because Haman, the instigator of the whole Purim story, was a descendant of Amalek and followed his ancestor’s example.


The fact that the obligation to read Parshas Zachor is specifically on Shabbos indicates that the eternal battle against Amalek is inextricably bound to the sanctity of Shabbos.

What is the connection?

Chumash Vayikra begins with a detailed accounting of the many different korbanos brought on the Mizbayach. Many of them were brought by individuals to atone for sins they committed inadvertently.

As any educator can attest, when a child is called to task for hurting another child, he often excuses his behavior by claiming that, “it was just an accident.” The fact that an act was committed without malicious intent is a sufficient excuse to absolve the offender of considerable guilt.

Why was Klal Yisroel held so accountable for inadvertent sins as to be obligated to bring a korban?

The entire parsha of Vayikra discusses different classifications of offerings, i.e. Olah (elevation offering), Shelamim (Peace offering), Chatas (sin offering), and Asham (guilt offering). The parsha concludes with the Asham-offering brought by one who swears falsely. “Or anything about which he had sworn falsely – he shall repay its principal and add a fifth to it… the Kohen shall provide him atonement before G-d, and it shall be forgiven him for any of the things he might do to incur guilt” (Vayikra 5: 24-26).

The Sefas Emes (Vayikra 5646) notes that there is a fundamental difference between the way a Jew and a non-Jew serve G-d. The nations of the world have a responsibility to subjugate themselves before G-d, as a servant subjugates himself before his master. G-d is the Supreme Power of the world and, therefore, His Will must be adhered to. The nations possess certain requisite requirements that they are obligated to fulfill. However, beyond the seven Noahide laws they are free to choose whichever path of life they desire.

A Jew, on the other hand, is more than a servant of G-d. A Jew has the status of a witness. His very existence, as well as his conduct and example, bears testimony to the Omnipotence of G-d. This idea is clearly expressed by the prophet’s statement, “It is I who foretold, I who saved; I made it known, not any strange god among you; You are my witnesses, says the Lord. I am G-d” (Yeshaya 43:2). The very survival of Klal Yisroel as a people as well as our continued uncompromising infallible commitment to Torah and mitzvos is a testimony that the eternity of Israel will not falter.

A witness has far greater responsibilities than a servant. A witness must have a sterling character and a reputation as an honest G-d-fearing individual who can be trusted to preserve and uphold the testimony he bears. It is for this reason that we are accountable for even inadvertent sins. A Jew has a responsibility to be vigilant and not falter – even accidentally. If he does he must bring an offering to make amends.

This is why the parsha concludes by recording the required korban of a witness who swears falsely. The concept of bearing testimony as a witness is at the core of the entire idea of korbanos and atonement. It is because we have the status of witnesses that we are liable even for relatively “benign wrongdoings.” 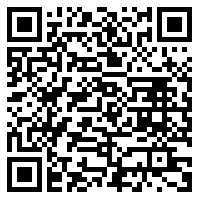