The man informed me I was no longer a rabbi. His exact words were, “If you don’t have a pulpit, then you aren’t a rabbi.” I explained to him that I have many pulpits – that I travel throughout New York and beyond speaking on many weekends. He would hear none of it. No official pulpit position, not a rabbi in his book.

I tried not to take offense or judge. After all, I barely knew this man and he was powerless to nullify my semicha, my years of learning, and my self-perception. Upon reflection, I assume he meant that if a rabbi is a mashpia, an influencer, that is most likely accomplished with a steady stream of followers. Going in and out of communities isn’t the modus operandi of the true mashpia.


Ultimately, whatever he meant was certainly informed by his unique life experience and perspective. I wasn’t able to glean his intent in our brief encounter, though I do suspect he was also once a rabbi with a pulpit.

Chazal teach us in Avos not to judge a friend until you are in his shoes. And although I did not judge my new friend, he did provide food for thought.

For so many years I perceived shul life from the perspective of “the rabbi,” from high up on the pulpit looking out at a sea of people. Now that I am no longer a pulpit rabbi, I have been afforded a new pair of glasses with which to see and perceive. It’s very healthy and helpful to every once in a while put the shoe on the other foot and see things from a different vantage point.

I know of a highly successful pulpit rabbi who would take members of his shul board on a “walk-through” to experience their enterprise the way a new shul consumer might on a maiden-voyage Shabbos visit. Many medical students are likewise encouraged to practice being patients for a day. I too am now seeing the shul experience from a different perspective.

As a shul rabbi I always tried to be warm and welcoming to congregants. In some cases I exceeded expectations and in others I fell short. I thought people were at times too scrutinizing and didn’t cut me enough slack. I remember being distracted once with a serious matter at Minchah on a Shabbos and subsequently getting a “Mishebeirach” from a congregant (who was generally very fond of me) because I failed to extend him a hearty handshake. There was little room for error.

Now that I’m in the pews, I’ve taken notice of rabbinic demeanor. Does the rabbi exude warmth and friendliness and have a nice smile, or is he austere and serious as he sits up in front of the shul? Does the rabbi go out of his way to greet me? Does he take an interest in my life and my family?

I’m not particularly invested in any specific shul in my neighborhood and certainly not when I travel, yet these thoughts cross my mind. I now have a greater appreciation for how important these things may be to congregants who are members of only one shul and attend it on a weekly basis.

I always enjoy hearing a good drasha. Speaking is an art and is something I appreciate, especially when done well. In my early years in the pulpit I often had Rabbi Benjamin Blech sitting in the pews listening to me. Rabbi Blech was a forty-year pulpit veteran and considered one of the masters of the trade. He often would provide me with intensive feedback and constructive criticism. Despite this early audience, there were weekends when my best foot was not always put forward. 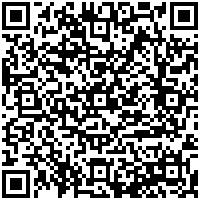