Throughout the millennia of our People’s existence, Shabbos has been a cornerstone of Yiddishkeit. So fundamental is it to our faith, that Shabbos observance has practically become the barometer by which we judge if one is considered religious or not. Yet a complaint has been voiced a number of times by too many that Shabbos is all about what we cannot do, and that Shabbos does not have sufficient positive ways in which we may serve the Creator. Such a conception is patently false. This column aims to describe the innumerable ways in which we can actively serve Hakadosh Baruch Hu on the Holy Day of Shabbos. And so we go…

The first thing we encounter when Shabbos begins is the prayer of Kabbalas Shabbos (literally, “the Receiving of Shabbos”). Although it is a relatively new service (formulated by the kabbalists of Tzefat in the 16th century), the idea of “receiving Shabbos” has ancient roots – stretching back to the time of the Talmud (Shabbos 119a). There is a lot of wisdom that can be garnered from Kabbalas Shabbos, and it is a prayer that is very worthwhile to say, understand, and include in our repertoire of things that can be done on Shabbos. Let’s take a look.

Psalm 95 opens up with the word “Lechu!” – “Come!” The psalm then proceeds to praise Hashem and joyfully sing of His power. But let’s not even go there yet. Why does the service start with the word “Come”? What’s wrong with where I am? And where is it that you want me to go?

A possible answer could be that the codifiers of Kabbalas Shabbos chose this opening phrase to allude to the practice of walking out to the fields to greet the Shabbos Queen. Indeed, the Arizal and his contemporaries were known to walk out to the field when they recited Kabbalas Shabbos. However, seeing as this custom did not take root, I would like to provide a more relevant explanation for our opening imperative.

Perhaps one could suggest the following answer. Shabbos is different from any other day of the week. One reason this is true is because of all the things we do differently on Shabbos. Additionally, the day of Shabbos intrinsically carries with it a potential for spirituality and connection to Hashem that no other day has. However, notwithstanding all the opportunities on Shabbos to become closer to Hashem, one will find that a Jew is able to observe tens and hundreds of Shabbosos and not feel like he became a greater person. Why is this?

The answer is, greatness doesn’t just happen. If a person wants to become holy, he must put in effort. The mere fact that Shabbos passed over him means just about nothing. The opening command of Kabbalas Shabbos adjures us to come and make something with the great potential that Shabbos grants us. Come! Make that mental disconnect with the mundane week and switch to the mode in which you resolve to connect to the Holy One. Come and take advantage of what Shabbos has to offer.

Let’s continue on our journey through Shabbos with this in mind – that we are off to becoming bigger and better people.

As mentioned above, the opening psalm in Kabbalas Shabbos is primarily made up of praises of Hashem. The psalm sings of how Hashem created the world, how He perfected every detail, and how He is the true Master of everything that we see. “For a great G-d is Hashem, and a great King… in His power are the hidden mysteries of the earth…. The mountain summits are His… His is the sea and He perfected it….” Let’s explain why this psalm is the appropriate tone-setter for the Shabbos mode.

However, it’s not enough just to look at the creations. The prophet Yeshaya says (40:26) “Raise your eyes on high and see Who created these [things].” What the prophet is saying is that when you see the beautiful world and all the gorgeous creations, you should ask yourself the same question that our forefather Avraham asked himself. “Who is the Builder of this palace?” Noticing the creations is really just a tool to notice the Creator.

This is what Shabbos is about. While during the week we are busy running our lives, on Shabbos we stop and learn to find Hashem through His creations. On Shabbos we reconnect with Hashem by looking around at the world that He created and by seeing Him through His handiwork. Kabbalas Shabbos is not only an opportunity to do that focusing (as the psalms continue in this same vein); it is also a tone-setter for how we should be thinking for the rest of Shabbos. During the week we are always in a rush and we don’t have time to stop and look at the beautiful world around us. On Shabbos we don’t have work to do, so why not take a walk and look around at Hashem’s incredible world? You’ll enjoy it.

So here’s the first thing you can do on Shabbos – say the Kabbalas Shabbos. Use it to sing of Hashem’s Kingship over the world. Use it as a focusing tool and a tone-setter.

A second thing you can do on Shabbos is to take a walk. Open your eyes and recognize Hashem through His wondrous creations. 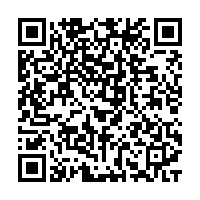