I live about a five-minute drive from the infamous intersection known as Tzomet HaGush, situated in Gush Etzion. I am already used to its appearance, but a newcomer would be shocked. It looks like one has entered a war zone. There are concrete barriers and strong, thick and yellow poles in front of the bus stops; barbed wire topping metal fences; military lookouts manned by soldiers on guard duty; soldiers doing patrols; soldiers from the canine core with dogs; barricades to slow traffic down in order to check for suspicious people and vehicles and there are military vehicles.

Women in Green have worked hard to soften the military look of Tzomet HaGush. They are responsible for the green area in the traffic circle, as well as a large sign in Hebrew which lights up at night announcing “Welcome to Gush Etzion.”


Tzomet HaGush doesn’t look too enticing, but it is a popular bus stop and place to hitch a ride. Despite the many terrorist attacks in the area, most Israelis and foreign workers continue to wait for a ride at one of the three bus stops. At times, the ratio of soldier to civilian is 4:1.

During the spate of stabbing attacks this past fall and winter, I had to make some decisions. Do I risk my life to go fill our car with gas? Should I go shopping at the Rami Levi supermarket? Should I wait for a bus at Tzomet HaGush? Should I allow our children to wait for rides at Tzomet HaGush? The answers for all of these questions are YES. I fill up on gas and keep an extra eye open. I shop at the supermarket, which initially was almost bare of shoppers, but they eventually returned. I wait for buses at Tzomet HaGush, and so do the children. (Although I must admit that once I drove to nearby Kibbutz Kfar Etzion and took a bus from inside the kibbutz instead of waiting at Tzomet HaGush.)

The sweet innocence of youth has been shattered too many times. Our “baby” attends the Mekor Chaim Yeshiva. You probably saw him in a widely publicized photo, following the kidnapping of the three boys, two of whom learned in the same yeshiva. In the photo one sees teary-eyed Yisrael Meir with his long, blond peyot and wearing tefillin as he hugs a fellow student. I never had to grapple with such tragedies while growing up.

One of our older sons has been strongly encouraging me to purchase a gun. I have tried to load his pistol, as well as one of my sons-in-law’s pistol, but my arthritic hands were not successful. Naftali Yehuda tells me that there are pistols which are easier to load. But I think to myself, that having a gun is a major responsibility, and I am not certain if I am ready to take this upon myself. This past Shabbat the topic came up, and my older daughter said that I would probably freeze if I were caught in a situation that would require shooting a gun. (I loved cowboy shows while growing up, so maybe she’s underestimating her mother.)

This past spring I arrived at Tzomet HaGush and saw a car with its front crushed. I asked a teenage boy if there had been a car accident. He calmly and almost apathetically said, “There was a terrorist attack.” I had missed it by about ten minutes. I asked if anyone had been injured, and he told me that the female terrorist had been shot by a soldier. The terrorist had been driving south and noticed soldiers standing at the bus stop on her left. She sped to her left over the island separating the northbound and southbound lanes in hope of murdering some of our boys. She crashed into the poles in front of the bus stop, whereupon she was shot by one of the soldiers. (She died several months later from a combination of the injuries sustained when she crashed her car and having been shot.)

I saw a woman that I know, and asked Rivka how she is feeling after just having experienced a terrorist attack. She told me that she is OK. She told me that she had stayed to help a young woman in an advanced stage of pregnancy until help came. The next day I called Rivka I know to see how she was faring. She said that she is fine. I asked about the pregnant woman. She had gone to her doctor and was doing better, baruch Hashem.

I try to strengthen my emuna that Hashem is in charge. Just because I drive to my son and his family in Kiryat Arba, or to my son and family in Karnei Shomron or to my son and family in Eli, does not mean that I am more prone to a terrorist attack, G-d forbid, than someone who drives to Tel-Aviv. Hashem has a plan for us whether we are in New York City, London or Gush Etzion. I believe that we should all take the necessary precautions, but we should continue to lead fulfilling lives in Eretz Yisrael. If we don’t continue our daily lives, then it will be a victory for the enemy. 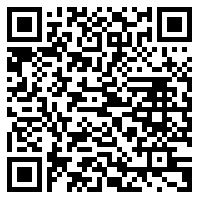