While many are familiar with the argument between Rav and Shmuel as to whether Achasverosh’s orchestration of the party showed wisdom or foolishness (Megillah 12a), it seems that the Persian king was actually both. For there are other things that clearly show both one and the other. For example, the Rabbis call out his letter early in the story, telling all the men of his empire that they are to be the lords of their homes, as particularly silly (Megillah 12b). On the other hand, they note his clever use of his advisors in the making of all of his decisions (Esther Rabbah 2:15). After all, one cannot come to rule over such a large empire and really be a fool. Accordingly, the Rabbis conclude that Achashverosh was a man of contradictions (Esther Rabbah 2:3).

But the Rabbis didn’t leave it at that. When it comes to evaluating him morally, they didn’t mince words, going so far as to say that he was no different than Nebuchadnezzar, the cruel and evil Babylonian king who destroyed the First Temple (Megillah 11a). At first, this would seem to be over the top. It is true that Ahashverosh had agreed to the annihilation of the Jewish people, but the text does not show him to have desired to do this out of hatred for the Jews. Just the contrary, when he finds out that Esther is Jewish, it does not seem to present any obstacle whatsoever to Achashverosh’s affection for her. He seems just as easily convinced to adopt a pro-Jewish policy at the advice of Esther and Mordechai as he was convinced to adopt an anti-Jewish one by Haman. When it came to the “Jewish question,” he seemed to be completely neutral. So how could he be as bad as the man who destroyed the Temple?

As was confirmed by the millions of Germans who were “neutral” about Hitler – there can be no neutrality when it comes to evil. Although a gentile leader cannot be taken to task for not being pro-Jewish, he will be taken to task for allowing the Jews’ – or anyone else’s – mistreatment, allthemoreso, their annihilation. That he most likely did not hate the Jews makes his willingness to sell their fate to the highest bidder, on some level, even more reprehensible.

A deeper understanding of the Purim story’s cultural context may reveal that the Megillah’s depiction of Ahashversoh was a critique that went far beyond the man. That is because Achashverosh’s “neutrality” was not just a personal flaw; it was part of the weltanschauung of his nation. It should not be forgotten that at the time of the Purim story, Zoroastrianism was just beginning to make headway in Persia. This faith believed in two gods, the God of good and light and the god of darkness and evil. While their primary allegiance was to the former, they felt that the latter was far too important and powerful to fight or even ignore. Therefore, they served both.

Initially, this may seem like a move forward from the plethora of gods recognized by most ancient nations. Moreover, given the way Zoroastrians saw the world, we might think that their collaboration with the god of evil made sense: Their mistake was really only theological, such that their improper practices were simply the logical outcome of their beliefs.

However, I think the Rabbis saw it differently. They illustrate their critique by comparing Persia to a bear, an animal that seems to always want to eat or sleep (Megillah 11a). That is to say that all of Achashverosh’s wisdom was used towards amassing hedonistic wealth. Indeed, the details of his parties make that quite clear. As for the various ideological and religious conflicts that abounded in their empire, the Persians couldn’t have cared less. They would rather sleep. It appears that this was the attitude that paved the way for their new religion. Simplified and streamlined, there are forces of good and evil in the world – the best way to maintain a happy. carefree life was to be friendly to both.

It is perhaps in this light that we are to reach the level of not seeing the difference between the blessing of Mordechai and the curse of Haman. On one level, this is meant as a satire of Persian mores. One can only think such a thing if one is drunk… or a Zoroastrian. 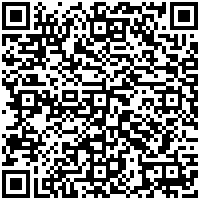