The last verse in Megillas Esther describes the character of Mordechai HaTzaddik. We must understand that the core essence of the Megillas Esther was Mordechai. The Rokei’ach teaches us that the first word of the Megilla is vay’hi, and the last word is zaro. The gematria of the two words combined is 314, which is the gematria of Mordechai HaYehudi. This reveals to us that the Megillas Esther from beginning to end is primarily about Mordechai. This is not to downgrade Esther’s role in the miracle. Her courage, self-sacrifice, wisdom, and fear of Hashem are perhaps unparalleled in Jewish history. But Mordechai had the leading role in the miracle of Purim.

It was Mordechai who instructed Esther not to reveal her identity. It was his pivotal decision not to bow or budge before Haman that catapulted the Jews into a situation of possible annihilation, and it was he who commanded Esther, his own wife, to risk her life to save her people. It was Mordechai who uncovered the assassination attempt on Achashveirosh’s life by Bigsan and Seresh. He then made the surprising move of unmasking them, saving the life of this Jew-hating monarch and the abductor of his very own wife.


So, at the end of the Megilla, one posuk is devoted to describing the makeup of this awesome man. What the Megilla chooses to tell us about the character of Mordechai is extremely revealing and of paramount educational purpose. The last verse states, “Doreish tov l’amo v’doveir shalom l’chol zaro – He expounded goodness to his people and spoke words of peace to all of his descendants.” Let’s devote this article to focusing on the first part of the verse, Doreish tov l’amo. Doreish can mean to give a drasha, a sermon, a public lecture. What did Mordechai share with the masses? He had a golden opportunity to go on the “talk show” circuit. He could have enthralled audiences with how he saved the king’s life because he was a master linguist and spoke the ancient language of Tarshish, thus overhearing Bigsan and Seresh’s plot to poison the king. He could have held audiences riveted with his strategic maneuvering of keeping Esther incognito and then divulging her identity at exactly the right moment in order to crush Haman’s empire. But that’s not what Mordechai chose to teach the masses.

Rather, he was doreish tov, he taught the good. What does that mean? The Gemara teaches us “True goodness in life refers to the Torah, as Hashem says, “I have given you a goodly merchandise, do not forsake My Torah.” Thus, Mordechai spent all of his time imbuing the masses with Torah.

But the word doreish has another definition. It means to seek, as in the expression in bentching, “V’dorshei Hashem lo yachsaru kol tov – Those who seek out Hashem will lack from nothing.” There are fine people who, when you ask them to help you with something, they will do so. When you request that they partake in a mitzvah or give some charity, they will acquiesce. There are other people who seek to do good. They offer to help. This is the meaning of doreish tov l’amo: he sought to do good with people and he didn’t wait to be asked. He looked for how he could help and tried to alleviate the burdens of his people.

What an educational lesson for all of us! Children should be taught to offer assistance to their parents and not wait to be asked. Husbands and wives should take the initiative in giving help to their spouses and not wait for the request. Adult children should be there for their elderly (or not so elderly) parents before the call to service comes to them.

In the merit of spending our time on the true goodness of Torah, and seeking to be there for our important people – even before we are asked, may Hashem bless us with long life, good health, and everything wonderful. And at this time of the year, let me take the opportunity to wish my dear readers and their families a very safe, inspiring, and joyous Purim! 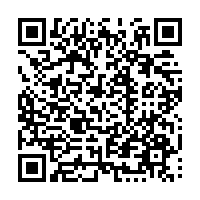