Unfortunately, we tend to give less attention to those laws of the Torah about things we no longer practice. Among them are the laws about making a donation equivalent to a person’s worth (arakhim), discussed in the second half of Parshat Bechukotai. Hence, we are likely to miss some rather basic observations here by both Rashi and Ramban.

Both of these leading commentators note aspects of arakhim that make them harder to explain. Rashi notes that the value one has to pay is not a person’s market value. As were it to be that, the one-price fits-all categories would be out of place. For his part, Ibn Ezra questions the large fluctuations that occur with certain birthdays. For example on a man’s twentieth birthday, his value would soar 150% from 20 to 50 Biblical shekels.


Ibn Ezra’s conclusion is that these laws are a gezerat haketuv – a Divine decree that we cannot understand. But what does he mean by that? It is clear that there is a pattern that is loosely based on market value. In other words, there is an obvious rationale as to who is worth more and who is worth less, and that the Torah’s scale is loosely based on the average physical strength of the members of various groups, according to age and gender.

Hence we should not take Ibn Ezra’s words as equivalent to there not being any explanation. To do so would be to make a common mistake – to think of knowledge is being either complete or nonexistent. There are many things that we can we know something about, even if we cannot understand them fully. So even if it is difficult to understand all of their particulars, I believe that there is much that we can learn from these laws.

In spite of Rashi’s observation (which we will discuss below), the model the Torah seems to follow is that of the slave market. In other words, it follows the value of a person as a (in the case of infants, potential) work animal. One might argue and say that the notion that people should be thought of in this way seems quite disturbing. However it is my contention that disturbing us is exactly what the Torah wanted to do here. It wanted to do so, with the understanding that being disturbed can have an important place in moral growth.

We must remember that there are many ways to offer donations. Using a person’s own value is only way to it, and it may not be the best. That, since it often conveys inappropriate pride. So too, for example, when people today speak about their net worth, it is often accompanied by a bloated sense of importance, based on a person’s earnings and property. Even with those who measure their value in less material terms and base it on their contribution to certain projects, institutions, causes or groups, the result is not dissimilar: The person in question will most likely inflate their sense of self as a result of their skills and accomplishments.

With this in mind, we are ready to go back to Rashi’s observation. Were the Torah to have used actual market value – as opposed to these average prices – it would have defeated the whole purpose of these laws for a large class of people. For while some evaluate their value by their contributions and others by their property, there is another large group that evaluates it by more physical criteria, such as strength or beauty (the latter also being an asset in a slave market). Hence had the Torah followed this standard, this group would continue to engage in inflating their egos based on such a conception of their personal value.

While there is a place for legitimate pride in the good that we accomplish, we should never allow that pride to give us a false sense of self. With these laws, the Torah helps us to prevent that. For when we remember that – on at least one level – our value is that of an average human work animal, we are forced to remember the Biblical maxim, “Lord, what is man that You should know him” (Tehillim 144:3). Given the humility that comes from such an awareness, we can climb to tremendous levels. But without it, our actual value can too easily become a liability. 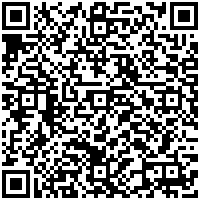