There is a great deal of discussion among the commentators about the last two parshiot in Sefer Vaykira. Thematically and (seemingly) chronologically as well, they belong elsewhere. It is true that there are other parts of Vaykira that do not easily fit under the rubric, Torat Kohanim. But these sections at its end are set apart even further by being given at Mount Sinai, whereas all of the other sections seem to have been given in the Ohel Moed, the tent of meeting.

Both Ibn Ezra and Bechor Shor suggest reasons why the laws given here are nonetheless related to the themes of this book. According to the former, it is a continuation of things so central to the land’s holiness that they cause the Jews to be exiled from their land, a theme discussed in Achrei Mot and Kedoshim. The latter takes a different course, pointing out that many of the commandments discussed provide a special role for the priests, at least in some aspect, and so represent a continuation of the book more generally.

I would like to suggest a different solution. We must remember that had the Jews not sinned with the incident of the spies, they would have gone into the land with Moshe as their leader at the end of Parshat Shelach. Had that been the case, all the stories in the second part of Sefer Bemidbar and presumably all of Sefer Devarim would not have been needed. Hence the end of Vayikra would have basically been the end of the Torah (given that the beginning of Bemidbar is essentially made up of preparations for war, something of a less fundamental nature).

In such a scenario, we should ask ourselves how the book of Vayikra should end. In Kedoshim and Emor, we already get a sense that we are in a modality of the Torah’s end, as we see some of the more general laws not so obviously connected with the priests and the concept of kedusha. Laws of honoring parents, loving neighbors and the holidays are worked in. And as they are worked in, we see that they too have some bearing on the Jewish people’s sanctity. But many of these laws apply regardless of whether the Jews are in the land or not. And coming to the end of the book as the Jews prepare to enter their very special land, it is important that they get a better understanding of what it entails.

Now the Jews learn one of the most subtle teachings that the Torah presents – right in time for them to prepare to implement it. That teaching is that the holiness of the land is not only in its essence, but also in how it is used by its inhabitants. Under the control of the Canaanites, it was treated like any other land – a tool that could be used for sustenance and prosperity. On some level, this was an abomination – a lack of respect for the special ground upon which they were living. The Jews were meant to change that. Their current charge was all about treating it with respect, almost as if it were a living object.

This was a new way of conceiving what a land can mean, and it came with novel practices: They were to refrain from claiming absolute ownership to the land by releasing it on the sabbatical year. Nor was not enough to just let the land lay fallow – a practice which may have been used by other cultures of the times. Rather, they needed to allow complete access to the fruits that would grow on what in other years was their land. Likewise, land could generally not be sold, in the same way as some of the holiest objects could not be sold.

The notion of treating an entire land in the same way as one would treat sanctified objects was entirely novel. As such, it was a sort of grand finale to the Torah’s teachings about the new society the Jews were to build. Coming at what was originally meant to be the end of the Torah, it connects its novel approach to land with that approach’s imminent implementation in a society that would become the model for what it means to live as a holy nation. 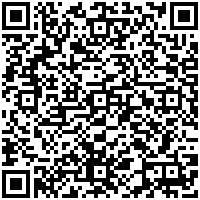