The United States Secret Service is responsible for protecting the president. Its agents are among the most professional and dedicated in the world of personal protection. Its fame is so widespread that many people are familiar with the oft-repeated mantra of its agents preparedness to take a bullet for the president. In truth, the Secret Service, as well all other professional personal security agencies such as Shabak in Israel, consider that if agents find themselves in a situation of having to take a bullet for their principal (the term used to describe the protectee) then something went terribly wrong. The fact that a person got close enough to the president to pose a threat indicates that that the protection system didn’t function properly.

The key to successful protection is prevention. To that end, the Secret Service prepares extensively in anticipation of every presidential trip. Advance teams visit presidential destinations up to three months before the president arrives. They meet with local agencies, determine motorcade routes, and identify hospitals and safe locations to secure the president in case of an attack. Closer to the president’s visit, the location he will be speaking at is secured with the use of bomb-sniffing dogs.


Additionally, people who are on Secret Service watch-lists in the area of the president’s visit are warned that they will be monitored prior to and throughout the visit. During the actual visit, highways are shut down to allow the president’s motorcade unimpeded access. All workers at the site of the president’s visit are screened prior to his arrival. Upon arrival, the president is often taken in via a back door or under a canopy. Once he arrives, he is protected by three perimeters of security. The outer perimeter is made up of local law enforcement. The middle perimeter is made up of general Secret Service agents who stand at various posts around the location. The inner most perimeter consists of agents of the PPD (Presidential Protection Division). These agents are the actual bodyguards.

With all these steps (and many others not mentioned) in place, it is little wonder that it is considered a major failure if a person gets close enough to hurt or assassinate the president. Therefore, while the idea of an agent being willing to “take a bullet for the president” epitomizes the concept of self-sacrifice for a greater cause, in actuality if the system works as it is designed, agents should never have to face that challenge.

The importance of working hard in advance to prevent problems can be seen in this week’s parsha. The Torah states (21:1): “These are the statutes that you shall present before them.” Many explanations have been offered regarding what this verse is teaching us and they each add a level to our understanding. Perhaps, we can suggest, that the Torah is commanding Moshe Rabbeinu to teach us all these laws clearly, not just that we should know what the law is in case of a problem. By learning all these laws in an orderly manner, we will be careful to avoid these problems to begin with. By understanding the extent and gravity of all these laws, people will take measures of preventions, some of which may be as simple as sharpening their situational awareness.

The anthology Iturei Torah quotes in the name of the Vavei HaAmudim an interesting insight based on the Rambam (Hilchot Biat HaMikdash 6:11). The Rambam writes that the main routine function of the Sanhedrin was to ensure the proper pedigree of the Kohanim. It is for this reason that the Sanhedrin’s base of operation was near the Beit HaMikdash. This way they would be near the officiating Kohanim and be able to ensure their suitability to serve. The Vavei HaAmudim explains this is why the words “These are the statutes,” which refer to the Sanhedrin’s area of responsibility, are next to the words towards the end of last week’s parsha that discuss the altar. Through this juxtaposition the Torah teaches us that the Sanhedrin must be near the Beit HaMikdash.

In light of the idea that through learning the laws people will be more careful to avoid problems, we can understand an added dimension of the Sanhedrin’s role according to the Rambam. The Kohanim’s primary job was to teach Bnei Yisrael how to properly serve G-d and how to live Torah-true lives. Only the best and most fit Kohanim would be able to do this properly. The Sanhedrin was even more concerned with the Kohanim doing this part of their job right than they were that they perform the sacrificial rite correctly. Therefore, in order to ensure that the best Kohanim would be available to teach Bnei Yisrael proper observance of the Torah and all its inter-human relationship rules, the Sanhedrin was situated in the Temple to be able to serve as the ultimate Human Resources department. 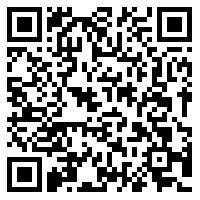