Being from the most attentive commentators, Netziv points out that Miriam dies in the wilderness in spite of not being included in the punishment of Moshe and Aharon. And in so doing, he brings us to wonder why she died when she did. In other words, given that the default for her two siblings was to cross the Jordan, why didn’t she get to do so? The question becomes even stronger if we are to accept the Midrash’s (Bemidbar Rabbah 21:10) implied contention that – as opposed to the men – the women of the desert generation, all made it across the Jordan. According to that, one wonders why the Torah gives no explanation for her being singled out in this way.


Even without the midrash, however, there is another issue that makes us believe that her death was not just from old age, and that is its timing. Could it just be a coincidence that she dies immediately before the story of getting water from the boulder and the ensuing decree against her siblings. On the one hand, the rabbis understand her death as that which indirectly precipitated the decree. According to the Talmud (Ta’anit 9a), the water supply in the wilderness had been dependent on Miriam’s presence. Hence, as soon as she dies, we read that the Jews had no water. In turn, that lack brought about the disastrous interaction at the boulder. But on the other hand, if God needed to create the backdrop to such an event – meaning that as He saw that the nation needed new leaders, He had to create a situation that would result in a decree that Moshe and Aharon die – it is hard to believe that there was no other way to accomplish it than by having Miriam die. That leads us to the conclusion that Miriam’s death was connected to this decree in a different way than only the one suggested in the Talmud.

This might be a case where it would be fruitful to look at events in reverse order. What I mean is that maybe more than Miriam’s death was the cause of the decree, the decree was actually the cause of Miriam’s death. According to this suggestion, God knew that the incident at the boulder and the ensuring decree was something that Miriam would not want to see. Hence the best possible course was for Him to keep her alive as long as possible without having to see it.

It is actually a commonplace conjecture whether it is better to die before a great disaster – such as the Holocaust, for example – or to live through it. This is especially the case if the disaster is ongoing and there is no possibility of outliving it. For Miriam that may well have been the choice. Coming to Israel under the leadership of Yehoshua could well have been of little consolation for someone so directly tied to Moshe’s prophetic career and vision. Had Moshe been able to lead the Jews to Israel, a utopian state would have resulted, and Francis Fukiyama’s proverbial ‘End of History’ established. That was the Israel she looked forward to entering, not some pale shadow of prosaic agricultural and military accomplishments. Hence it would be better to die unaware that what was so central to her life would be dashed and postponed indefinitely.

It is true that she was kept alive to see other tragedies befall her generation. But no matter how bad they might have been, the default had still always been going into the Land of Israel under her brother’s leadership. To hear God decide otherwise would have been too devastating a blow for her to endure.

Most of us would like to avoid death for as long as possible. But there are some things worse than death. And it is what we determine to be worse than death that actually defines who we are. To the extent that we make our own existence dependent upon the betterment of the human condition, our lives contain nobility. Conversely, to the extent that we cannot bear to witness human degradation we cannot prevent,  we display our humanity.

If we are correct about all this, Miriam’s death is actually an indication of her superior humanity. As opposed to the other women of her generation, she could only thrive on the hope for spiritual excellence. Without that hope being a reality, life was simply not worth living. 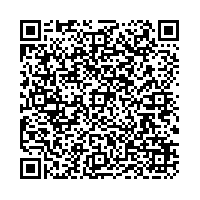