The reenactment of one of the most significant battles of the Crusader’s era, the Battle of Karnei Hittin, will take place 828 years later, Thursday through Saturday this week, June 29 to July 1.

Karnei Hittin marked the final, decisive defeat of the European invaders of the Land of Israel. It took place on July 4, 1187, between the Crusader States of the Levant and the forces of the Ayyubid sultan Salah ad-Din, known in the West as Saladin.


Karnei Hittin, Horns of Hittin in Hebrew, a.k.a. Horns of Hattin, is the name of an extinct volcano near Tiberias, at the foot of which the fighting took place.

As a direct result of the battle, the Muslims once again became the eminent military power in the Holy Land. They went on to re-take Jerusalem and the other Crusader-occupied cities.

Each year the Regnum Hierosolymitanum, Kingdom of Jerusalem group (they’re real, complete with a website and a Facebook page) gather for an historical reenactment of the events surrounding the Battle of Karnei Hittin in the actual landscape and in conditions similar to those that prevailed at the time.

The project is based on significant academic and archaeological research carried out at the site of the battlefield.

The Karnei Hittin March, which takes place Thursday and Friday this week, is a living historical event. All participants later take active parts in the reenactment, either behind King of Jerusalem Guy de Lusignan or Salah ad-Din.

Characters include knights, a professional mercenary, members of the military orders, Mamelukes, pilgrims, peasants, city dwellers, Bedouin, musicians, and wenches delivering ale (the last part was not in the press release, but we fail to imagine a decent reenactment without beer bearing wenches).

The two-day journey leading up to the battle will feature several stops along the way, near the Zippori river, inside Hoshaya— a national-religious community on route 77, in the Kedem village tourist center, and in Lavi forest near Golani junction.

Project organizer Genadiy Nizhnik is an expert on medieval and biblical archaeology and the head of the “Kingdom of Jerusalem” club.

To conclude, here are the instructions we received from the King of Jerusalem on how to reach the battlefield by car:

“The Horns of Hittin can be reached by car on Route 77, which connects between Golani Junction to Tiberias. Between kilometers 73 and 74 turn right heading south toward Poria, make a U-turn, returning to Highway 77, turn left back towards the Golani junction and immediately right& then north through a narrow path, the road turns left, right and left again passes through a group of the eucalyptus trees and ends after a kilometer and a half in the parking plaza foothills of the Horns of Hittin.”

Is it any wonder they lost the war? 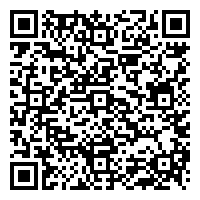