One of the most perplexing items in this week’s parasha, is Moshe’s inclusion of part of Menashe together with Gad and Reuven in the Transjordanian settlement. There are three reasons for our surprise: First, as opposed to Gad and Reuven, we have no indication that Menashe requested to live there; second, Moshe sends only part of the tribe over the Jordan, creating an unprecedented intra-tribal division; and finally, it appears that Menashe would not have fit in with the character of the other two tribes over the Jordan (on the latter, see Netziv and my expansion on this in my volume on Bemidbar).

In this context, it is worth noting that the two requests that did came from the tribe of Menashe, one from the daughters of Tzelofchad and the other from its elders, appear to be artificially split by several chapters within the book of Bemidbar. And even without the issue of the split narrative, we would be remiss if we did not ask ourselves why these “bookends” in Bemidbar feature specifically the tribe of Menashe. After all, given the size of the Israelite camp, it is highly likely that other women were in the same predicament and apparently did not step forward.


We don’t know a great deal about the tribe of Menashe beyond the clues revealed in the narratives we are discussing. We do know that Menashe was Yosef’s firstborn, and that Ya’akov placed his brother, Ephraim, before him. We also know that this tribe later became one of the more important in Jewish history, though not always for positive reasons. Most striking, however, is Menashe’s unique geographical division that the we rad about this week, which the Torah mentions between their two petitions. Menashe’s then, is a division in the midst of a divided story, which leads us to the conclusion that the notion of division is itself central to what this tribe is all about.

Hence, Menashe’s intra-tribal division may actually be one more indication that this tribe was already been more comfortable than others with sub-tribal identity. In other words, whether as a result of familial loyalty or loyalty to their villages or provinces, the members of Menashe would have been less tied to the greater, unified tribe than members of other tribes. That being the case, it makes sense that it was women specifically from Menashe that would have petitioned Moshe for the right to hold on to their own land, even when this brought the possibility of taking away land from their greater birth tribe (should they marry men from other tribes).

But from where does Menashe get this resistance to tribal unity? The truth is that it had deep roots in his family tradition. Going back to their progenitor, Ya’akov, we notice that much of what transpired in his life was based on the principle of productive bifurcation. Thus, for example, he had two names, married two women and fathered two leaders (Yehudah and Yosef), who would ultimately be the ancestors of two different states (Yehudah and Yisrael).

On more than one occasion, the rabbis find solid evidence to suggest that Yosef, Menashe’s father, carries a special likeness toward his own father, Ya’akov (see, for example, Bereshit Rabba 84:6). Consequently, it is quite likely that Yosef mirrors Ya’akov’s central characteristic of duality, which is most crucially embodied in their respective legacies to their children. Thus, alone among Ya’akov’s children, it is Yosef whose portion is divided into two, with both Menashe and Ephraim taking on the status of separate tribes. Likewise, the portion of Yosef’s firstborn, Menashe, is also divided into two — if not by name, then by territory. It seems the legacy of continuous bifurcation must live on in this line.

Now that we have a better sense of Menashe’s character we are in a better position to note that the autonomy displayed by the daughters of Tzelofchad is not a unilateral cause for admiration. It should be remembered that the story comes in the midst of tribal consolidation — a process that represents a central element of the Israelites’ desert experience. So while there were good reasons for the sisters to ask for and receive their inheritance, their ostensible lack of concern for their tribe was a problematic element in an otherwise correct request.

And so, measure for measure, Menashe’s lack of tribal cohesion that the daughters of Tzelofchad embody means that the tribe needed to be divided in practice to match their approach in theory. Yet since Menashe’s deficiency was not on the scale of Gad’s and Reuven’s, their exile is far from total (especially since for them, division rather than exile is the main point). Thus, only part of the tribe was sent to live across the Jordan, while the majority was allowed to remain on the western side, together with the other nine tribes.

Even as this trait was problematic when it was first exposed through the daughters of Tzelofchad, the Jewish nation would require it in the future; as if no new identities were ever created the people would be ill-equipped to meet all of the challenges placed in their way. And this is why Tzelofchad’s daughters’ contribution was so important.

The daughters of Tzelofchad carried the knowledge that even at times when unity and conformity are at a premium, there must be one part of the nation that stands to the side and takes a slightly different stance. Perhaps their timing or their delivery was slightly off, but theirs was still a trait that needed to be expressed. And so, more than their father’s land, it would be this unique character that would be their true inheritance. 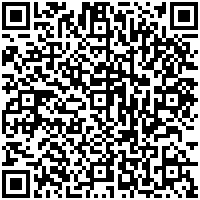