The following column is an excerpt from Rabbi Nataf’s upcoming book on the Parsha.

The Torah’s commands us about circumcision by describing it as being in the “flesh of the foreskin” (Vayikra 12:3). While this may just be a clarification of which foreskin is being referred to – since this term is used to refer to other figurative covers – the nature of what is being described leads us to believe that the Torah’s main purpose here is more deliberate. As it is not only with circumcision that we see man associated with this term. It is also used to describe God’s decision to limit His patience with mankind to only a hundred and twenty years (Bereshit 6:3). More specifically, the decision is justified by the phrase, “since [man] is also flesh.” In other words, it is because man is limited by the physicality inherent in flesh; and, resultantly, there is only so much that can be expected from him.

When time ultimately runs out and God decides to destroy mankind with the flood, the Torah repeats that it is flesh that he is wiping out. When men do not go beyond their animal nature, it becomes entirely appropriate to describe them as just so much flesh. Hence no distinction is made when God decrees that the “end of all flesh has come before me” (Bereshit 6:13) and again that “I will bring a flood… to destroy all flesh” Bereshit 6:17). Men and animals are all grouped together. As at this juncture, there is more that they have in common than what separates them. In such a case, there is little distinction between the rather prosaic death of animals and the otherwise tragic death of humans.

The use of the word, flesh, with reference to humans is even more loaded, since the word is exactly the same one used to refer to animal meat. In fact, when speaking about animal flesh, the Torah is usually referring to what we call meat – meaning food meant for consumption. In this way, the Torah’s seemingly relegates flesh to the status of other foods – ultimately an object. Indeed, when meat is eaten, it too is no longer alive. According to this, man’s body – like the bodies of animals – is primarily made up of a substance that is no more than an object. That man, himself, is more than this, is obvious to the Torah. But the Torah’s task is to make it obvious to man.

Given the Torah’s association of flesh with lifeless physicality, there was a need to create a mechanism by which man would know that his flesh is tangential to his essence. That is to say that just as eating was something that the Torah limited because it created too strong of an identification with animals, so too would the Torah want to downplay man’s flesh for the very same reason – which brings us back to the beginning of our discussion. For, as we will now explain, one way of doing that is with circumcision.

That circumcision is used to downplay the importance of flesh in humans is borne out by at least two major clues. The first is that with which we wrote earlier – that the Torah chose to consistently use the word, flesh, regarding circumcision. The other clue comes with the very act of taking that flesh and disposing of it. As with sacrifices, it is only lower level creatures such as animals that can readily be disposed. For anything designated as human cannot be so casually destroyed.

Related is the Torah’s read on growing fat. While the Torah does not directly connect it with the word, flesh, the association is implied. For the essence of getting fat is the growth of flesh – which subsumes both muscle and fat. And as we might expect by now, the Torah sees this in a negative light. Specifically, the fattening of the nation of Israel is viewed as a cause for its downfall. Though this can obviously be viewed as figurative, it nonetheless uses expansion of flesh as the metaphoric tool for that which causes one to weaken one’s observance, and hence become fleshier and more animal-like.

If circumcision was a way to distinguish ourselves from our animal bodies, getting fat is the way to flounder in them. Interestingly, however, abandoning ourselves to our bodies in this way is actually a misreading of our animal side. For while animals in the wild can appear fat, being overweight is a uniquely human condition (though humans can manipulate domesticated animals to actually become fat). On this level, man out-animals the animals, and shows himself to not only share animal functions with other living beings, but to go beyond them – and thereby become the most animal-like creature around. And for this reason, the Torah picks on this as a symbol of spiritual imbalance. For when a man acts like an animal, he is neither animal nor man, but something much worse. 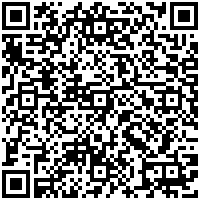