Why did Yosef not send a message to Ya’akov? As viceroy of Egypt, he certainly had the possibility of informing his grieving father that he not only survived the altercation with his brothers, he was actually doing rather well? This is a question made famous by Ramban (on Bereshit 42:9) and it has troubled commentators ever since. Ramban’s own answer seems difficult. According to him, Yosef felt some sort of onus to make sure his dreams materialized. For that to happen, he would have to find a pretext to bring the whole family down to Egypt. And since giving himself away to his father would have prevented this, it was not an option for him. We can certainly understand R. Yitzchak Arama’s outrage at this suggestion. It is not clear that there is any value in making even a Divinely-inspired dream materialize; especially if it comes at the cost of inflicting inordinate and prolonged pain on one’s parents.

Many other answers have been given – among them R. Yoel bin-Nun’s famous suggestion that Yosef thought that his father had approved the brothers’ conspiracy against him. Truth be told, I have yet to find a convincing answer that fits in with all of the details of the story. But perhaps an answer can be found in the much shorter parallel story of Yehudah’s separation from the rest of the brothers (Bereshit 38). That story has a great deal in common with the story of Yosef’s tenure in Egypt. Both brothers – not coincidentally, the two who would become the leaders of the family and the Jewish nation – find themselves totally submerged in foreign environments and subsequently challenged by local seductresses. They both marry more conventional women who are either primarily or uniquely referred to by their fathers’ identities. Both men have pairs of boys in which the position of the older is taken by the younger. And, perhaps most significantly, both stories start with the same word, yarad, to descend – a descent which in the case of Yehudah the rabbis perceptively understand to be at least as spiritual as it is physical.


Yehudah’s story is about a self-critical descent that follows upon the previous events: Though he saved Yosef’s life, he failed to exert greater moral leadership and get the brothers to completely abandon their plot. As such, he felt himself a failure. And so, he could not envision being the family’s next leader, a fate about which he likely already had premonitions. From these self-doubts, it would not have been a giant step to imagining himself in the place of Yishmael and Esav, who eventually separated from Avraham’s chosen progeny.

What about Yosef? We generally assume that there was nothing he had to regret, as he was the victim of cruelty and not its perpetrator. Yet a careful reading shows that he also had a significant role in creating the tension with his brothers (Rabbenu Bachya on 38:1 also points this out). He had brought evil speech about them to his father and had insisted on walking his own dissonant path – a path which he flaunted to his far-from-enthused brothers. Moreover, his veiled suggestion that his father bow down to him appeared to be a shocking display of disrespect.

The rabbis describe the brothers forming a type of tribunal to deliberate whether Yosef’s crimes were worthy of the death penalty and deciding in the affirmative. Whether or not Yosef agreed with the verdict, he may have learned a great deal from this trial. (The notion of a ‘trial’ is meant to formalize a discussion which was likely much less formal, but nonetheless almost certainly transpired in front of Yosef.) Like Yehudah, he may have suddenly realized how his own actions were not always on the mark. Not only might he have come to such a realization, it may well have completely challenged the way he thought about himself. In the same way as Yehudah actively brought himself down/vayered (Bereshit 38:1) to consider whether he was worthy to be the son of his father, Yaakov, Yosef was brought down/hurad (Bereshit 39:1) to such a realization by his brothers at this time.

Hence, when the Torah later tells us that he was mitnaker (Bereshit 42:7) from his brothers, it doesn’t mean that he hid himself from them – though he did that as well. It means that he had made a decision to separate himself from them and his family more generally. He had decided the brothers were right and that he was not worthy of his lineage. Hence there was no point in revealing an identity that he already shorn. The same explains his lack of contact with his father.

He was too embarrassed to have anything to do with his righteous father whose footsteps he had shown that he could not fellow.

This also explains why he makes no plot to have his father come down – if Ramban were correct, the machinations should have been to bring father down along with the sons (Ramban is aware of this issue and tries to parry it by writing that he first wants to fulfill his first dream, which does not include his father). It is true that our approach does not explain his treatment of the brothers. However, it is likely that his turning self-critical did not bring him to exonerate his brothers for their lack of compassion.

Hence – like Yehudah – Yosef undergoes a personal exile, in which he escapes expectations that he feels he has shown himself incapable of fulfilling. One of the facets of this exile is separation from family and – especially – from a father they feel they have disappointed too much.

The good news is that this was only a phase – though likely a necessary one – from which both great men eventually emerged. The other good news is the Torah’s indication that the road to true greatness often only comes with the self-doubt associated with knowing one can do so much better. From that perspective, the disappointment with themselves that led to the near abdication of both Yehudah and Yosef does not show they had less potential, it actually shows they had more. 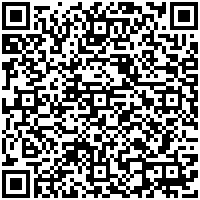