This week’s parsha reminds me of a problem most teachers will recognize: As students grow up into adults, many work assignments they will receive will be as part of a team. Hence the ability to work as part of a group is an important life skill that a teacher will want to advance. The problem comes in trying to grade such projects – for there are usually those that work harder and those that work less hard. That means that giving a group grade would be an inaccurate reflection of the work each one put in.

Yet only giving individual grades would also not be correct, since groups require a division of work that cannot be totally equal. For example, if the group project is about Europe and the decision is made to break up the work by countries, what would be an excellent research job on Albania would probably be mediocre or weak if it were about England. Likewise, if there were two students who spoke Italian, both of whom naturally wanted to report on Italy, the group will – all other things being equal – choose the one with the stronger language skills, pushing the other to an assignment for which he is less qualified. Hence it is clear that the extent to which the group successfully negotiates such issues is certainly worthy of a grade as well.


Upon closing the covenant in front of God before entering the Land of Israel, a similar issue comes up. The explicit text deals with the slacker who tries to hide behind the group (29:17-20), informing such a person that he or she cannot hide such behavior from God. Not only will God notice, but the attempt to slide by will be viewed as additionally offensive and treated accordingly.

However there is another aspect of this issue that lies below the surface but is nevertheless a central component of this new covenant. That is the concept of arevut – of all being punished for the sins of each member of the group. This goes beyond the teacher’s dilemma above. For here it is not only about rewarding the group for good group work and punishing the straggler; it is a novel combination of these two concepts in which the group is punished for the straggler’s poor work.

At first glance, this may sound unfair. If the group does a good job in spite of one member’s lack of cooperation, should they not be rewarded rather than punished? While this would occasionally be true, the Torah is letting us know that it is the exception rather than the rule. As when the group essentially gives up on one of its members, it is dispensing with the value that such a member could add to the group. Since they wasted this value, it is to be deducted from them.

But we are actually dealing with much more than a logical equation here. To dispense with the value of another person is not like dispensing with the value of a tool or deciding we don’t need to use all of the parts to build a model airplane. Rather, since we are taught that each person is like a universe, to casually dispense with one individual is like dispensing with an entire universe.

To round this out, Ohr HaChaim points out that giving up on another Jew does not only waste the potential of that individual, it ends up injuring the nation as a whole. And this is why this covenant is prefaced by the clause that God makes this covenant to establish us as a nation (29:12). In order for this to happen, says Ohr HaChaim, we must watch over every last Jew. While this may not be intuitive, it is only because we forget how miraculous the historical survival of the Jewish people actually is. For Jews to have left their fellow Jews in small – and often oppressed – minority communities fall away unchecked would have turned the trickle out of Judaism into a flood, until nothing would have been left.

Jews have a reputation for butting into each other’s business. Accordingly most Israeli mothers are aware of the many onlookers who will rebuke her for taking a young child without a sweater on a cold day. While this can be annoying, it comes from the care that many of us have for every single Jew. And that care is rooted ultimately rooted in arevut.

When God made a covenant for the Jews to remain as His people, He did not mean it for a thousand years or even two thousand, but rather forever. Apparently the concern we are asked to have for every Jew is one of the secrets of our eternity. Since when everyone counts, we have a much better chance of truly counting on everyone. 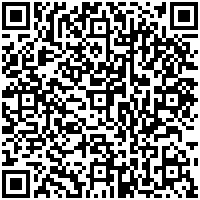