In telling us that we cannot eat the blood of non-sacrificial behemot (farm animals), the Torah also repeatedly tells us that we are to “spill it on the ground like water.” The first time we encounter this phrase, Rashi (on 12:16) gives us its most important connotation: All three of these sections compare these animals to the wild gazelle and ram, the blood of which requires covering. By telling us to spill the blood, what the Torah is really telling us is that the blood of these farm animals does not require covering. This explanation is strengthened by the only other place where the Tanakh compares spilling blood to spilling water. In Tehillim 79:3, we read that our enemies spill the blood of Jews like water, with the verse continuing to say that there was no one to bury this blood. (Though not the only possible reading of the verse, I think it very plausible). Thus spilling like water is contrasted to covering something over in the ground.

While this explains the meaning of the verse, it fails to explain its content. It would have been simpler to just say, “spill the blood.” What is the point of the comparison to water? The most intuitive answer is that – due to its plentitude – people do not think much about disposing of water indiscriminately. Likewise we should not give much thought to spilling this blood. But in view of the seeming sanctity that the Torah imparts to blood, why would it tell us to spill animal blood indiscriminately?


Part of the problem is that in this context, we think of water as garbage. When we don’t need it, its minimal value prompts us to get rid of it as quickly and easily as possible. In other words, we dump it. But water is not garbage. And that it is not is reinforced when we pay attention to all the elements of the phrase. We have so far ignored that each time it is mentioned, we are told to spill the blood like water on the ground. Though there is the slightest possibility to understand it otherwise, spilling something “like water” directly implies spilling it on the ground. Indeed, our other case of the phrase’s use, in Tehillim, does not include any mention of the ground, as it is already obvious.

If we look at spilling water on the ground, and not just spilling water, we will then recognize it to be a complex act. When spilling water, one’s primary intention is its disposal. In spite of its selfish motive, however, its results can be described as neutral. For as opposed to the disposal of many other materials, whatever water is not absorbed into the ground, simply evaporates. Hence none of it remains to clutter or otherwise disturb the environment. But even more interesting is that its absorption into the ground is not just neutral, it is actually positive. It gives nutrients to the ground and also prevents that ground from drying up and being inhospitable to plant and animal life. In other words, the selfish act of spilling water ends up actually making contributing positively to our ecosystem. Even beyond their obvious benefits, these properties of water are truly a gift from God. For were water not to have these properties, man would still almost certainly throw it out indiscriminately. But instead of having to feel like an environmental criminal, God allows man to be able to live with some of his more unavoidable selfish tendencies.

The comparison of animal blood to water may just be indicating that the eating of meat is in this last category. For like water, blood also enriches the soil. Of course, when it comes to human blood, this benefit is so massively outweighed by its sanctity that discussing its benefits for the soil is nothing short of obscene. But regarding animals, there is just enough leeway to make it relevant.

This may have been a particularly important message for the generation that received the Torah. As it is likely that climbing the spiritual heights of Sinai made the Jewish people ambivalent about going back to eating non-sacrificial meat in the Land of Israel. But it is also likely that they were not ready for the rigors of a vegetarian diet. It is possibly with this in mind, the Torah uses the comparison to water. It did not want the eating of meat to cause them – or us – to wallow in ambivalence and angst that is better spent in the realm of interpersonal ethics and in the service of God. 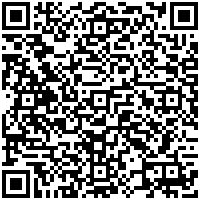