MK Bezalel Smotrich (Habayit Hayehudi) on Monday sent an angry letter to Prime Minister Netanyahu and Justice Minister Shaked, protesting the decision to discriminate against Israelis living in Judea and Samaria by excluding their representatives from the list of delegates who elect the Chief Rabbinate Council. Smotrich demanded a delay of the election in order to reinstate the dropped members.

The Justice Minister announced on Monday that she plans new legislation that includes settlements dwellers in the vote, following a Walla exposé that officials who reside in Judea and Samaria can’t participate in the elections because the Justice Ministry “only refers to ‘Little Israel'” – because the Chief Rabbinate Law does not hold in the liberated territories.

The protocol for applying Israeli laws in Judea and Samaria involves the local IDF commander adopting new laws as the Knesset creates them. Turns out the IDF commander neglected to do it in this case. Another way is for the Minister of Religious Services to amend the law to include residents of Judea and Samaria. The current minister, David Azoulai, is a Haredi member of Shas. The majority of settlement dwellers are affiliated with Religious Zionism. Do the math.

“This is humiliation and discrimination against hundreds of thousands of Israeli citizens living in Judea and Samaria,” Smotrich wrote the PM and the Justice, Religious Services and Defense Ministers. “We are not fourth-class citizens and we will not agree to be treated that way.”

“Technical and petty legal arguments, whatever they may be, cannot justify such severe and intrinsic discrimination,” the MK continued. “No insurmountable legal obstacle exists here, [and it can be corrected] either with a minor amendment to Israeli law or in an amendment of military legislation. After 50 years of a glorious settlement enterprise and under the rule of a right-wing government, it would have been appropriate for Justice Ministry officials not to explain why there is ‘no escape’ from treating the residents of Judea and Samaria as inferior citizens, but rather what must be done to rectify that which requires immediate repair.”

“I ask you to order the necessary amendments to the law, insofar as such are indeed required, in order to ensure that the delegates from Judea and Samaria be included in the electoral body in the coming elections – and to order a delay in the elections until such an amendment is made,” MK Smotrich wrote. 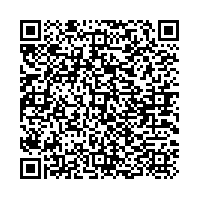