There is much to be gained by paying close attention to the various details in the Torah of how to build the mishkan. We will take a look at one such detail and see how it led to some very powerful observations: Whereas the other vessels of the Mishkan are all given as a command to Moshe in second person, the command to create an Aron, the resting place of the tablets and the Torah, is given in third person (“And they shall make an ark …” Shemot 25:10). R. Yehudah bar Shalom in the Midrash suggests that this is because all the Jews need to be involved in its construction so as to merit Torah.

Meriting Torah is no small thing for a Jew. Torah study seems to be so central to Judaism that it requires the participation of all Jews. It is the supreme crown, above the crowns of Priesthood and Monarchy, perhaps because it is meant to be accessible to everyone. But is it really? We all know that people are created with different aptitudes and interests and not all who have attempted to study Torah have been so successful. And yet there is no getting away from the centrality of Torah study.


Perhaps Ramban’s (25:10) expansion of the midrash we cited above is helpful to us here. He relates to the fact that the Aron was not nearly large enough for ‘everybody’ to have a part in its building. However, this did not prevent all of Israel from helping in one of the following three ways: 1) The most direct way was to give a gold object; 2) It was also possible to donate some time and help in its actual construction; 3) Finally if neither of those was an option, it was even possible to just have intention to help in one of the ways already mentioned. By virtue of this, all of the Jews could be involved.

Most interesting is Ramban’s equation of the last category with the two that come before it. It they are truly equal, that means that it is not the actual deed that makes one into a partner, but rather the intention. For while they do not all share action, all three share intention. In fact, we see this in many places in Judaism, the most famous being what’s called “machshava tova mitzteref le’ma’aseh,” which means that a Jew is credited with having done a mitzvah if he was prevented from doing so by extenuating circumstances.

What is of particular interest here, however, is that the substantive weight of our intentions creates a mechanism by which we can all participate in things that we, on the one hand, need to be involved in but, on the other hand, cannot. So it was with the Aron which was too small for everyone to have a hand in. And so too is it with Torah – what is important is the knowledge that we want to be involved in Torah study. How much, in what format and what topic are all secondary – so it can mean listening to talks on Tanakh or discussing Jewish Philosophy just as much as it can mean learning gemara beiyun in a Beit Midrash. Whatever it be, once our desire is there, whatever obstacles come in the way do not prevent us from being connected with Torah.

Understanding this helps us understand that what is most crucial is not the race to stuff in as many hours of learning as possible, though there is something to be said for pushing ourselves on that front as well. But much more crucial is working on our attitude. If we truly want to be involved in Torah study, than we, ipso facto, are involved in Torah study. As the Talmud points out in several places, what God really wants is nothing more – but also nothing less – than our hearts.

(Dvar Torah was prepared with assistance from Harry Glazer of Highland Park, NJ} 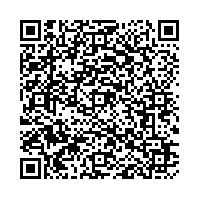