It is rather clear that when faced adversity, Yitzchak was prone to follow his father’s footsteps – he seeks to dwell alongside the Philistines, says his wife is his sister, digs (the same) wells and makes non-aggression treaties. So when faced with a famine, it makes sense that – just like Avraham – he would also go to Egypt. But while Yitzchak did not see this as an exception to his following in his father’s footsteps, God apparently did. As a result, He intervenes and tells Yitzchak that he is not to go there, but must rather stay put where he is.

Rashi (26:1) picks up on this and offers a midrashic answer: Since after being taken up as a sacrifice Yitzchak had the status of a sacrifice, the holiness that comes with that status prevented him from being allowed outside of certain boundaries. Taken figuratively, this means that his being bound on Mount Moriah gave Yitzchak a connection with God that would be disturbed by living outside the Land of Israel.


Rashi is telling us that whereas Avraham’s actions are the default, someone who had elevated himself through the type of life led by Yitzchak could only flourish in Israel. (Going to Egypt was not the only compromising experience that both Avraham and Ya’akov had to experience, but that Yitzchak was spared. Another example is that, as opposed to the other two, Yitzchak married only one wife.)

The big advantage of Rashi’s approach is that since Ya’akov and his children all ultimately go down to Egypt, it seems that the reason Yitzchak is prevented from doing so has to do specifically with him. The explanation’s downside, however, is that the comparison of a man to a sacrifice can only go so far. Hence it is not the only approach.

Malbim (26:1) gives several different reasons that all have at least as much to do with Avraham as they do with Yitzchak. One of these reasons is that when Avraham faced a famine, the Land of Israel was not yet operating within a mode of special divine supervision. That being the case, a natural famine required a natural solution, such as emigration to a more fertile part of the region. However, once Avraham returned from Egypt and he acquired the land (Malbim cites Bava Batra 100a, that his being told to walk (13:17) throughout the land would effect that acquisition), the land would then become spiritually charged and respond according to the individual involved. Hence – coming after this – Yitzchak did not need to worry about a famine, as it would not affect someone like him. The implication is that when Avraham faced his famine earlier on – even had he been imbued with the same level of holiness as Yitzchak – he still would have had to go down to Egypt.

According to Malbim, then, the Land of Israel was originally no different than any other location. Rav Hirsch, however, adds that it was actually worse: seeing two major famines in two subsequent generations tells us that when the Land of Israel is simply left to nature, it doesn’t do so well. (He notes that, in this respect, it is not dissimilar to the Jewish people.) By choosing this type of land, God’s intervention is more noticeable, and more necessary.

It has become a commonplace observation that soon after the Jewish people went into exile and left its land, it became desolate; and when, more recently, the Jews returned in large numbers, it flourished once again. While a great deal of hard work and intelligent planning went into “making this desert bloom,” none of it could have taken place without God’s imprint upon modern history. And so His involvement with the Land has apparently, at least partially, returned.

What comes out of this understanding is that there is no intrinsic holiness to the Holy Land. While its potential for holiness may (or may not) be unique, it is not automatic. Rather it has to be “switched on.” It is therefore important for us to remember that – if we are not deserving of it – what can be switched on, can also be switched off.

And don’t forget to listen to the related podcast: Israel, Sudan and our Hungry Forefathers! 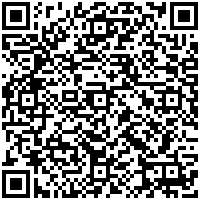